Stabilise and rebuild the wine sector 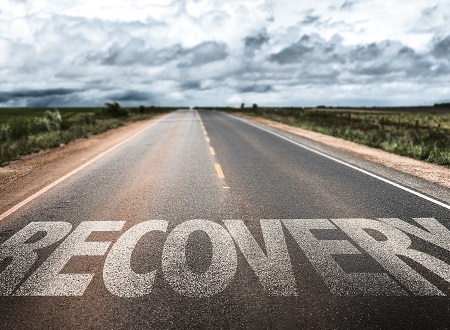 While South African wine businesses were fighting for survival over the past year due to Covid-19 trade restrictions and their unintended consequences, Vinpro and other wine industry bodies have been working hard behind the scenes not only to reopen trade (and keep it open) but also to help wine businesses recover. We share some of the successes and support in progress.

“There is an urgent need to stabilise the South African wine industry to help keep our economy afloat and more importantly, to keep our people employed,” says Vinpro MD Rico Basson. The South African wine industry contributed R55 billion to the country’s GDP and employed more than 269 000 people in its value-chain in 2019, of which more than 80 000 were vineyard and cellar employees. See SA Wine Industry Overview.

However, the after-effects of the bans are still lingering beyond the reopening of wine trade on 1 February 2021. Many wine businesses are still crippled by financial challenges, including producer price pressure as a result of higher stock levels and delayed payments, which could add to the number of wineries, wine grape producers and workers in the industry who are at risk of closing their doors or losing their jobs in the course of this year.

At the same time, wine tourism is still highly restricted and a boom in illicit liquor trade poses a serious threat to the socio-economic well-being of vulnerable communities.

Vinpro pressed civil charges against the government to challenge centralised decision-making powers held by the Covid-19 command council. Vinpro asserted that decisions to ban liquor sales should rest with the provincial sphere of government where the prevailing status could be more accurately assessed. Vinpro submitted that the extent and manner in which the previous alcohol bans were implemented were overbroad, unjustified and counterproductive. The case is set to be heard in the Cape Town High Court on 26 and27 August 2021 in front of a full bench of judges. “Our legal team has submitted the final affidavits in this regard to substantiate arguments made,” Rico says.

Negotiations between the private sector, government, labour and civil society continues to ensure that trade stays open and to find workable alcohol harm reduction solutions. Recognised platforms such as Nedlac have been helpful in this respect.

Vinpro and its partners in wine, tourism and agriculture submitted funding proposals to the government for financial assistance for businesses in the subsector. The Western Cape Department of Agriculture heeded the call and funded two initiatives.

A R12 million Wine Tourism Worker Support Stipend (WTWSS) was announced in November last year. Since then, more than 1 300 permanent wine tourism employees each received this stipend of R3 000 per person per month for the three months from December to February. “The grant has been a godsend and has enabled us to keep our people employed and protect their livelihoods in these difficult and uncertain times,” says Denise Stubbs, MD of Thokozani Wines & Hospitality.

Earlier this year the Western Cape Department of Agriculture also made a R13.5 million Producer and Brand Owner Protection Support Grant available to businesses by way of an open, competitive application process. SAWITU (South African Wine Industry Transformation Trust) and Vinpro lead the programme development and project proposal stages. Casidra (Cape Agency for Sustainable Integrated Development in Rural Areas) is in the process of implementing the recommendations made by the relevant appraisal structure.

Apart from other proposals, the wine industry has also requested support with regard to policy reform to lower excise duties on wine products, infrastructure support at the Cape Town Port Terminal and more notably, a review of preferential trade agreements.

As part of an Economic Partnership Agreement between the European Union and the Southern African Development Community, called the SADC EU EPA, South African wineries can export 115.3 million litres of wine to EU markets duty free, at a ratio of 70% packaged wine and 30% bulk wine. In anticipation of Britain’s exit from the EU, the South African government concluded an EPA between the United Kingdom and the Southern African Customs Union (plus Mozambique), which is now an enforceable agreement called the SACU-Mozambique UK EPA. Under the agreement, South African wineries can export a maximum of 71.5 million litres in a 70:30 ratio between packaged and bulk wine respectively.

However, the industry has for the past four years fallen short of the allocated quotas for packaged wines, in part due to lower availability as a result of the drought in 2017 and 2018, followed by some recovery in 2019 and various obstacles in 2020, including the export ban and logistical challenges.

On the other hand, the bulk wine quota has been fully subscribed, which means that bulk volumes sold over and above the quota will be subjected to tariffs. “Many South African bulk wine exporters who fall outside the quota will face fierce competition, with many not being able to secure viable tenders as the market-related price-points would have to take import duties into account,” Rico says.

In light of this, and considering South Africa’s current stock levels, Vinpro and Salba (South African Liquor Brandowners’ Association) appealed to the departments of Trade, Industry and Competition (DTIC) and Agriculture, Land Reform and Rural Development (DALRRD) to renegotiate the EU and UK EPA’s as an interim relief solution. It was suggested that the packaged: bulk wine quota ratio be changed to 50:50 in 2022 and 2023, followed by 60:40 in 2024 and back to the original 70:30 ratio in 2025.

“Should the South African government be successful in renegotiating SADC EU EPA and SACU-Mozambique UK EPA, this will provide a tremendous relief in terms of providing a sufficient and sustainable flow of high quality South African bulk wine to these key target markets, while helping us rebalance our current stock levels,” Rico says.

“As an industry we will continue to engage with various levels of government to keep our businesses open, our people employed and consumers and visitors from around the globe captivated with the exceptional wines and tourism experiences South Africa has to offer.”

As part of the South African wine industry’s 364th birthday celebrations next year, under the campaign SA WINE HARVEST... END_OF_DOCUMENT_TOKEN_TO_BE_REPLACED

The Consumer Goods and Services Ombud (CGSO) has recently conducted market research, after which several wineries have been identified... END_OF_DOCUMENT_TOKEN_TO_BE_REPLACED
Go Back