Wine harvest 2019 may be smaller 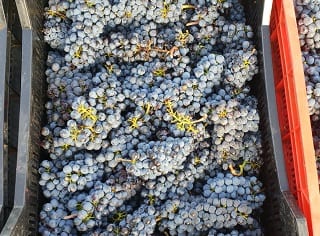 With close to two thirds of the 2019 wine grape harvest already in cellars, the most recent estimate indicates that the harvest may be somewhat smaller than last year.

According to the latest survey that wine industry body SAWIS (SA Wine Industry Information & Systems) performed among producer cellars and Vinpro viticulturists, the 2019 wine grape harvest might at this stage be smaller than in 2018 – a year in which the Western Cape was affected most severely by a three year drought.

“The berries and bunches are smaller, lighter and less dense than usual,” explains Francois Viljoen, manager of Vinpro’s viticulture consultation service. “This trend can be attributed to unfavourable weather conditions during flowering and set in October and November, as well as above average winds experienced at the start of summer.”

Many vineyards, especially dryland vineyards, have not yet fully recovered from the effect of the three year drought and the drought even continued in the Klein Karoo region during 2018.

According to Francois the rainfall that occurred in March in certain areas of the Western Cape necessitated greater inputs to control disease, while rot will also contribute to losses in certain wine grape areas and farms.

The Northern Cape’s weather conditions have been moderate thus far, with normal yields being expected in this region.

As part of the South African wine industry’s 364th birthday celebrations next year, under the campaign SA WINE HARVEST... END_OF_DOCUMENT_TOKEN_TO_BE_REPLACED

The Consumer Goods and Services Ombud (CGSO) has recently conducted market research, after which several wineries have been identified... END_OF_DOCUMENT_TOKEN_TO_BE_REPLACED
Go Back