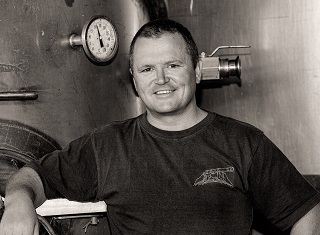 Abrie was nominated by the Vinpro members in the region as their representative following the resignation of Carl van der Merwe of De Morgenzon. Abrie will fill this vacancy until the Vinpro Annual General Meeting in November this year, during which he will be eligible for re-election.

This Worcester native and BSc Agricultural graduate from Stellenbosch University, has been associated with Kanonkop Wine Estate outside Stellenbosch since 2002. As chief winemaker at Kanonkop, he and the wines he has overseen have won several local and international awards over the years, including being named the International Wine & Spirit Competition’s International Winemaker of the Year in 2008, 2015 and 2017.

“Abrie’s election is an asset to the Vinpro board, and we look forward to adding his fresh outlook and business insights to the team,” says Vinpro chairman Anton Smuts.

As part of the South African wine industry’s 364th birthday celebrations next year, under the campaign SA WINE HARVEST... END_OF_DOCUMENT_TOKEN_TO_BE_REPLACED

The Consumer Goods and Services Ombud (CGSO) has recently conducted market research, after which several wineries have been identified... END_OF_DOCUMENT_TOKEN_TO_BE_REPLACED
Go Back