VINPRO SURVEY: SA wine industry at the edge of a cliff 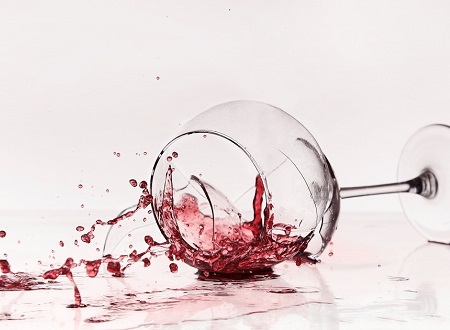 The South African wine industry is at a tipping point, with many wine businesses, especially smaller companies and those under black ownership, facing potential closures in the next three to twelve months due to the recurring and now fifth domestic wine sales restrictions. This according to a survey by Vinpro in the past week.

According to the Impact of Covid-19 on the Wine Value-Chain Survey that Vinpro conducted early in July 2021 among wine grape producers, wineries and other wine-related businesses, 58% of the 549 respondents indicated that their businesses would have to make drastic changes over the next year to be able to overcome the current challenges related to Covid-19, and 22% will in all probability not be able to survive at all. Even more alarming is the fact that 46% of black-owned brands and farms believe that their businesses won’t be able to survive the next year.

VIEW KEY FINDINGS FROM THE SURVEY

Around two thirds of all respondents’ revenue is generated from domestic wine sales, which reiterates the importance of domestic trade for the survival of the industry. The local market is of particular importance to smaller wineries and black-owned brands which are heavily reliant on sales channels such as their tasting rooms, hospitality offering and ecommerce.

According to the Economic Value of Wine Tourism Study conducted by Vinpro in 2019, wine tourism represents 41% of these small business’ total turnover. “It is especially the small and micro enterprises that do not have sufficient bridging finance to sustain them through the current and continued restrictions,” says Vinpro MD Rico Basson.

Lack of assistance from national government

“Many wine businesses are at the edge of a cliff and the livelihoods of thousands of employees are being endangered in the process. South Africa is the only country in which liquor sales have been banned with no financial assistance from national government, despite repeated requests from the wine industry. Instead, government chooses to close our industry without reliance on empirical evidence to back their decisions and seem apathetic towards its citizens’ plight for survival,” says Vinpro MD Rico Basson.

Vinpro and its partners in wine, tourism and agriculture have submitted numerous funding proposals over the past year to various national government departments to stabilise an industry that has already incurred financial losses of more than R 8 billion. The Western Cape Department of Agriculture need to be commended in heeding the call and for funding two initiatives, namely a R12 million Wine Tourism Worker Support Stipend (WTWSS) and a R13.5 million Producer and Brand Owner Protection Support Grant.

“However, the fact that national government chooses not to take a differentiated approach to decisions with regard to the management of Covid-19 means that the current ban could be extended for the next four to five weeks after the current two-week ban is set to end on 11 July 2021. Many wine businesses would go under, or would have to lay off staff as they won’t have sufficient cash-flow to fund their payroll,” Basson says.

According to the survey, participants already had to lay off a significant number of workers since the start of the lockdown in March 2020, had to take in less seasonal labour or were unable to fill new positions. Many who have managed to keep staff on, were unable to pay their full salaries, which also has a negative effect on the livelihoods of the families who are dependent on the industry.

“Covid-19 is endangering both the lives and livelihoods of South Africans. It is certainly not viable to cut off an entire industry’s lifeline every time there is a spike in infections, in part due to citizens not being disciplined, as well as delays in the vaccine roll-out. Urgent intervention is needed by government to ensure proper policing, and to accelerate the vaccination programme,” Basson says.

“The liquor ban is not only about whether people are allowed to enjoy their favourite drink or not. It’s also about keeping businesses afloat that put food on the table for thousands of families. As long as government continues denying these businesses’ their income, while not providing any financial relief, we will see many people not only suffering from Covid-19, but also from poverty.”

“This irrational cycle needs to stop. Government needs to either partially or fully open up our industry or start providing financial assistance to help these hardworking men and women to feed their families. Substantial structural damage has been done to the extensive value chain ranging from the vineyard to wineries and the market, which will take years to mend,” Basson says.

“Black-owned brands and farms have worked hard over the years to stay abreast and try to be sustainable in an ever challenging industry,” says Wendy Petersen, operations manager at the South African Wine Industry Transformation Unit (SAWITU). “The recent ban on alcohol sales has deteriorated this situation and we are unsure if these enterprises will survive the next month. This is devastating to witness as livelihoods of people and families are at risk and the situation is out of their control.”

“PaardenKloof is a 100% black and female owned wine farm which operates within the entire wine industry value-chain,” says Daphné Neethling, owner of PaardenKloof. “Almost 99% of our sales and income is dependent on the local tourism market, our own restaurants, wine tasting rooms and our wine club. Lockdown has reduced this income to zero, due to liquor and restaurant restrictions.

“We will not be able to sustain the erosion of our cash flow for more than three weeks. We employ 35 people across our organisation, and will have to reduce staff to between 5 to 8 people and go into care and maintenance from 1 August 2021. Given our fixed operational costs, we will permanently shut down all components of the business from 1 September 2021 if the lockdown continues beyond 11 July 2021.

“We are 100% certain that our consumers, which are middle to high LSM consumers, are responsible alcohol users and are not the sub-sector of the alcohol industry that cause casualty ward hospital beds from being overrun. In this regard we believe that lockdown liquor policy has been wholly inappropriate and lazy, as it has not dissected the finer nuances of consumption patterns and consumer behaviour,” Neethling says.

“The continuous ban on the sale of alcohol will inflict irreversible damage on the South African wine industry,” says Carmen Stevens, owner of Carmen Stevens Wines. “This is reckless decision-making, which will have a disastrous effect especially on new entrants to the industry.”

KEY FINDINGS IN THE SURVEY:

As part of the South African wine industry’s 364th birthday celebrations next year, under the campaign SA WINE HARVEST... END_OF_DOCUMENT_TOKEN_TO_BE_REPLACED

The Consumer Goods and Services Ombud (CGSO) has recently conducted market research, after which several wineries have been identified... END_OF_DOCUMENT_TOKEN_TO_BE_REPLACED
Go Back