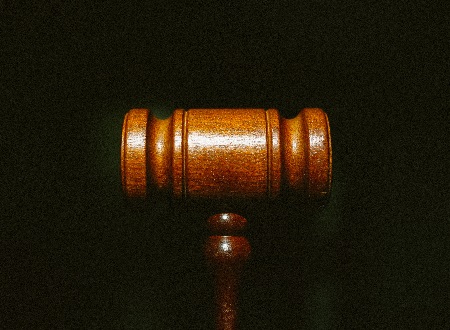 Vinpro has launched an urgent interim interdict application today to lift the ban on the sale of wine in the Western Cape in a bid to seek interim relief for wine businesses.

“The latest ban of two weeks that has now been imposed follows on 19 weeks of revenue loss over the past 15 months, which has had a devastating effect on the wine and tourism sector that employs more than 269 000 people,” says Rico Basson, Vinpro MD.

“A large number of our wine producers and wineries are small – more than 80% of the 529 wineries are small and medium enterprises and are reliant on direct sales to customers. Although wine exports may continue, the industry exports less than 50% of annual production, with the other half sold on home soil. With no financial support from Government for these businesses, their prospects, and that of employees, are extremely bleak.”

During the past year the wine industry has worked tirelessly to be part of the solution when our country found itself in the grip of the deadly Covid-19 pandemic. This included collaborating with government and proactively implementing preventative measures from farm to retail to safeguard the lives and livelihoods of the people working throughout our value-chain and the broader community.

Vinpro and its industry partners made submissions to the National Coronavirus Command Council (NCCC) over the past weekend, which entailed specific interventions that would ensure a balanced approach to curb the spread of Covid-19, while also keeping the economy afloat. Unfortunately representations in respect of this risk-adjusted approach were not taken into account and a blanket ban was yet again announced.

Vinpro initially approached the High Court on 27 January 2021 to seek urgent relief during the previous ban. This was subsequently postponed when the restrictions was lifted and the matter was set to be heard in the Western Cape High Court on 23 to 27 August 2021 before a full bench of judges. Vinpro, however, reserved the right to launch an interim interdict in case of a full ban being reinstated before the court date.

Vinpro is not saying restrictions are not justified when hospitals and particularly trauma units are under pressure. However, we believe that not only has the wrong level of government been dealing with the retail sale of liquor during the national state of disaster, but government has repeatedly implemented nationwide bans which are overbroad, unnecessary, unjustified and, indeed, counter-productive.

A more flexible, nimble approach is needed, based on credible empirical data, where the provincial executive should be empowered to deal with the retail sale of liquor for the rest of the pandemic, as provincial authorities are normally responsible for regulating the sale of liquor and in charge of healthcare and provincial hospitals. They are therefore better equipped to manage the delicate balance between lives and livelihoods.

Although the liquor ban is intended to ensure that hospitals have the capacity to treat those who become ill, the pandemic affects provinces differently at any given point in time and capacity requirements in hospitals will therefore differ across the country. Despite this, government has never differentiated between provinces when it comes to implementing or lifting of the liquor ban. Instead, a nationwide ban has been imposed and then again lifted, without regard for the circumstances in the respective provinces.

Urgent interim relief will now be sought which would afford the Premier of the Western Cape the power to adopt deviations to the national ban to enable off- and on-consumption sale of liquor in the province. Similar relief will be sought in respect of other provinces.

“We need to make and implement decisions that balance preserving both lives and livelihoods. Decisions should be made at a provincial level, based on scientific evidence and according to the infection rate and hospital admissions across these provinces,” Basson says.

“Government’s failure to both adequately prepare the health facilities for possible dangerous additional waves and to administer an adequate and efficient vaccination rollout cannot hold our wine and tourism industry at ransom any longer,” Basson says.

The preliminary date for this hearing is scheduled for Friday, 2 July 2021.

As part of the South African wine industry’s 364th birthday celebrations next year, under the campaign SA WINE HARVEST... END_OF_DOCUMENT_TOKEN_TO_BE_REPLACED

The Consumer Goods and Services Ombud (CGSO) has recently conducted market research, after which several wineries have been identified... END_OF_DOCUMENT_TOKEN_TO_BE_REPLACED
Go Back