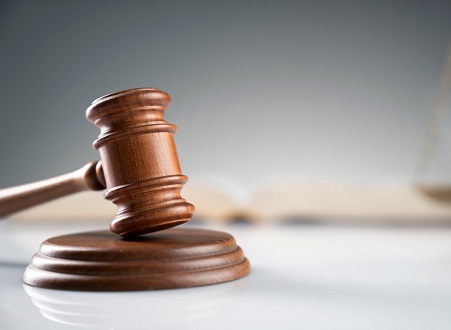 Vinpro’s main court case set down for hearing in the Western Cape High Court from 23 to 26 August 2021.

Despite all of the setbacks the South African wine industry has had to endure over the past 17 months, Vinpro has not backed down from the fight to fully reopen and rebuild the industry. The court case whereby Vinpro contests the approach followed by Government towards liquor ban restrictions within the Disaster Management Act is set down for hearing in the Western Cape High Court from 23 to 26 August 2021.

Three particular points will be argued from today onwards, including Vinpro’s structure of Government argument, an interim application asking to take evidence regarding the third wave into account, as well as the issue of mootness since the ban has been partially lifted.

“Since the start of this pandemic we have argued that the provinces, not National Government, should decide whether or not to impose liquor restrictions and should do so with reference to provincial circumstances, including the need to preserve capacity in trauma units in hospitals in the province,” says Vinpro MD Rico Basson. “We know provinces are affected differently by the pandemic, therefore we believe a differentiated approach in handling the crisis is needed to limit the economic impact of a lockdown.”

Vinpro launched its legal application during the second wave in January this year and has now also approached the court to include evidence for the way in which the blanket liquor ban missed its purpose during the third wave. “While we have challenged Government’s decision by way of an urgent interdict application and hearing on 21 July 2021, the matter was subsequently rendered academic because the ban was partially lifted four days later. In an interim application we now ask that this evidence should also be taken into account.”

National Government’s respondents have vehemently opposed the application to introduce such further evidence. This opposition is mainly based on their argument that Vinpro’s application is moot, since the ban has been lifted. “However, we have seen how Government has dealt with the previous liquor bans. A blanket ban is imposed repeatedly and with a fourth wave likely to hit the country in December, this issue most certainly is not moot.

“Wine is part of agriculture, as is tourism. Our industry supports 80 183 people working at farm and cellar level and 188 913 people working further down the wine value chain. This industry has built a strong brand reputation as a unique asset for the country. The South African wine industry is more than a drink, it’s a livelihood. And it is our responsibility to make sure we save this industry for future generations,” Basson says.

As part of the South African wine industry’s 364th birthday celebrations next year, under the campaign SA WINE HARVEST... END_OF_DOCUMENT_TOKEN_TO_BE_REPLACED

The Consumer Goods and Services Ombud (CGSO) has recently conducted market research, after which several wineries have been identified... END_OF_DOCUMENT_TOKEN_TO_BE_REPLACED
Go Back