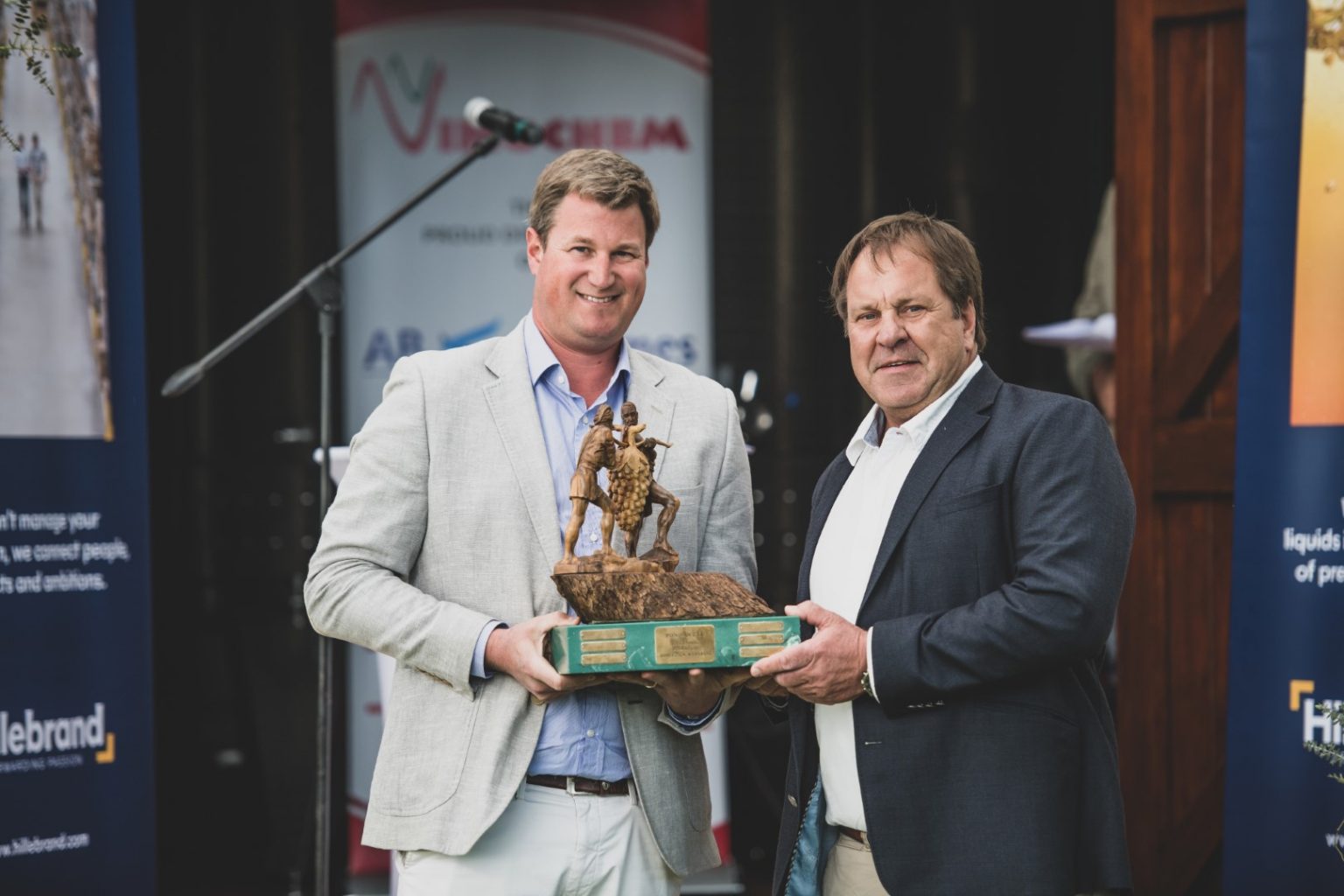 Anton received this accolade during the show’s regional awards ceremony at De Wetshof Estate earlier this week. “There are many people who have done a lot for the valley and its producers, but Anton has dedicated his career towards growing the industry,” said Johann de Wet of De Wetshof during the ceremony.

Apart from being a successful farmer in his own right, Anton has been involved in promoting the interests of wine producers and the community at large ever since he was a young man. He was lauded for his great passion for the Robertson region and its people, the fact that he always advocated for better prices at farm gate, his involvement in marketing the region and for setting high standards as an exemplary diplomat.

Anton has been Vinpro’s board member for the Robertson region since 2004, and was elected as chairman in 2016. He is also the chairman of Bonnievale Cellar, serves on the boards of Winetech and BBK and was part of the Robertson Wine Valley management team. He has also been honoured as an outstanding wine grape farmer.

“There are not many leaders in our industry who are held in such high esteem by their peers as Anton,” said Johann. “We thank him and his team at Vinpro for the crucial role they’ve played as industry advocates, in what has been one of the most challenging years in our industry’s history.”

As part of the South African wine industry’s 364th birthday celebrations next year, under the campaign SA WINE HARVEST... END_OF_DOCUMENT_TOKEN_TO_BE_REPLACED

The Consumer Goods and Services Ombud (CGSO) has recently conducted market research, after which several wineries have been identified... END_OF_DOCUMENT_TOKEN_TO_BE_REPLACED
Go Back