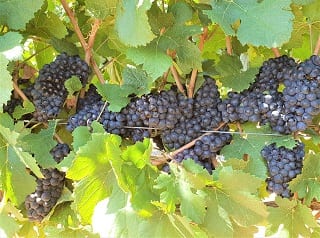 The 2019 South African wine grape harvest is expected to be only slightly larger than last year’s much smaller crop, due to vineyards still recovering from a three year drought, bad weather during fruit set in October and a continued decline in wine grape vineyards.

This according to the second wine grape harvest forecast by viticulturists and producer cellars, issued by the wine industry body SA Wine Industry Information & Systems (SAWIS) issued in January.

“The main reasons for the smaller crop in 2019 are the poor set of wine grape bunches that are being observed throughout the Western Cape due to wet, cold conditions and wind experienced in October last year,” says Francois Viljoen, Vinpro consultation services manager. Vineyards also do not grow with similar vigour throughout the regions, which is also the result of the severe drought experienced last season.

The quality of the 2019 vintage will depend on the weather over the next few weeks, which looks promising at this stage with cooler conditions. Average to lower yields are expected, but grapes are generally healthy due to looser bunches that lower the risk of rot setting in. Sufficient water resources will be available in most regions.

The summer season is moderate at this stage and in most regions there is sufficient water supplies available for irrigation during the ripening period, except in the eastern part of the Klein Karoo which still suffers from a severe drought.

“The 2017/18 season forever changed our frame of reference about our water resources and way of thinking about water in general and we had to come up with new ways to accumulate and save water and use this scarce resource more efficiently – in some cases vineyards had to be managed with 50% less water than usual and in some extreme cases with only 16% of the normal water allocation,” says Francois.

Some of the vineyards took a beating and will take time to recover. The drought will with no doubt have a carry-over effect in areas like the Olifants River Region and Coastal dryland vineyards.

“Total annual uprootings are also exceeding what we plant every year – the trend since 2007 – and we’re still losing a significant number of hectares per year to other more profitable crops such as citrus, plums, apples and blueberries,” says Francois. However, plantings started picking up again in 2018.

Trends per region:
Northern Cape:
Vineyards look good with no water limitations and no mentionable frost damages; however there have also been no significant wine grape plantings in the last few years. A slightly higher crop is expected this year.

Olifants River:
There will be a huge carry-over effect from the drought, but a better water situation and healthy conditions promise a far better situation this year.

Swartland:
The after-effects of the drought will still be felt. There have been a lot of uprootings in the region and they’ve experienced poor fruit set, but an improved water situation will lead to a better crop than in 2018.

Paarl:
Generally a far better water situation in the Berg River irrigation area at this time, offering better prospects for a bigger harvest.

Stellenbosch:
Shrinking hectares/low plantings; carry-over effect and the bad and uneven fruit set are the main reasons for a smaller crop expectation.

Cape South Coast:
The same crop as last year is expected for the same reasons as for the Stellenbosch region.

Little Karoo:
In the eastern part of this region the drought continues, however in the Montagu region things are looking better due to access to scheme irrigation water. A slightly better crop is expected.

Robertson:
Although the plantings in this region have been good, there are still farms that have water issues and with the carry-over effect and poor fruit set a similar crop to last year is expected at this stage.

Worcester:
A better water situation and less frost damage this year with a number of young vineyards that will come into production; healthy conditions at this stage will lead to a better crop.

Breedekloof:
More or less the same situation as in the Worcester region but a little bit less optimistic than last year in terms of yield.

The official Wine Harvest Report will be issued in May 2019, at which time the final crop figures will be released.

As part of the South African wine industry’s 364th birthday celebrations next year, under the campaign SA WINE HARVEST... END_OF_DOCUMENT_TOKEN_TO_BE_REPLACED

The Consumer Goods and Services Ombud (CGSO) has recently conducted market research, after which several wineries have been identified... END_OF_DOCUMENT_TOKEN_TO_BE_REPLACED
Go Back