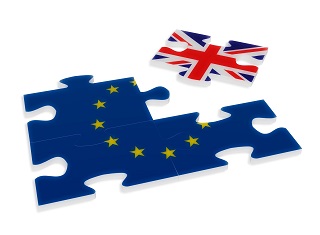 South African wineries will continue to receive the benefit of tariff-free exports to the UK post-Brexit.

The United Kingdom (UK) is set to exit the European Union (EU) at the end of 2020, after which South African wineries will be able to export close to 71.5 million litres tariff-free to the UK.

“The UK has passed an Act in June 2020 confirming that it would not apply for a further extension of the transition period in terms of the Brexit withdrawal agreement. The UK is therefore expected to leave the EU Single Market and Customs Union on 31 December 2020,” says Michael Mokhoro, stakeholder manager of Vinpro and SALBA’s (SA Liquor Brandowners Association) Winebiz desk.

The UK is South Africa’s largest export destination, with total exports at 82 million litres for the year ending 30 October 2020 – packaged wine making up 36% and bulk wine 64%.

The Southern African Development Community (SADC), which includes South Africa, has up until now had an Economic Partnership Agreement (EPA) with the EU, which promotes market access through duty-free imports of certain products to EU countries, including wine.

Under the agreement between SADC and the EU, South Africa could export up to 114 million litres to the UK tariff-free. However, the agreement only applied to the UK for as long as would be part of the EU. Following Brexit, the SADC/EU agreement will no longer apply to the UK.

Fortunately, to ensure an uninterrupted flow of exports between South Africa and the UK post-Brexit, the UK and the member states of the Southern African Customs Union (SACU) – namely South Africa, Lesotho, eSwatini, Botswana and Namibia – plus Mozambique, concluded a new SACU-Mozambique/UK EPA in September 2019, which was signed in October 2019. The UK, Lesotho, South Africa, Botswana and Namibia have ratified the agreement, while eSwatini is in the process of finalising their ratification processes.

The tariff-free quota for imports of South African wine into the UK of 71.5 million litres in 2021, will apply to 30% bulk and 70% packaged wine, and is set to increase annually by 656 580 litres annually.

From 1 January to 1 October 2021, the requirements regarding the VI-1 form remain unchanged. The UK has granted the EU a grace period of six months (1 January to 30 June 2021) to use the VI-1 form. The UK has agreed to accept the EU standards for the next twelve months, with the possibility of a further six month extension,” Michael says.

Wine that is bottled in the EU and exported to the UK, and vice versa, should continue to make use of the EU’s Euro1 certificate, which is acceptable in both countries. Export certificates will not be affected by Brexit and remain valid until their expiry date in 2021.

Direct any further enquiries to:

As part of the South African wine industry’s 364th birthday celebrations next year, under the campaign SA WINE HARVEST... END_OF_DOCUMENT_TOKEN_TO_BE_REPLACED

The Consumer Goods and Services Ombud (CGSO) has recently conducted market research, after which several wineries have been identified... END_OF_DOCUMENT_TOKEN_TO_BE_REPLACED
Go Back