Mancozeb may be banned soon 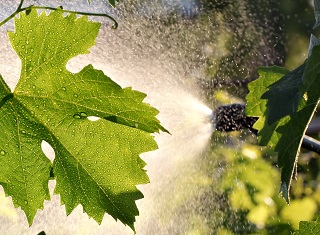 Wine grape growers and viticulturists need to take note that the European Union (EU) is expected to ban the use of fungicides containing Mancozeb soon, and that wines will most likely be tested for maximum residue levels (MRLs) from the 2021 harvest.

The European Union has decided to not renew the approval of the active substance Mancozeb. The expiration of Mancozeb in the EU is indicated as 31/01/2021 where after plant protection products containing Mancozeb will be withdrawn and such products can then no longer be placed on the EU market.

The EU has also indicated that it will likely revise the MRL’s for Mancozeb during the 3rd quarter of 2020 or after the non-renewal of this active substance. Presently no notice has been published regarding the lowering of MRL’s for Mancozeb. There is, however, no doubt that the MRL for Mancozeb in wine marketed in the EU will soon be set at zero.

It is our interpretation that the use of Mancozeb will be on the EU’s agenda in the next two weeks, after which the permissible MRL’s will be stipulated over the next few months. However, there is still uncertainty about the specific timelines.

Vinpro, in collaboration with the Directorate Food Safety and Quality Assurance of the Department of Agriculture, Land Reform and Rural Development, will provide the necessary input from the South African wine industry on this matter in discussions with the relevant EU decision-makers.

At this stage, our network of chemical experts advises wine grape growers to use only products containing Mancozeb on their vineyards until flowering for the 2021 harvest. Alternative options were shared during the recent Winetech Vinpro Regional Webinars.

We also encourage producers to engage with wine buyers about their specific needs to comply with the regulations in target markets, which will determine their decision-making in terms of the use of Mancozeb.

We will keep you informed of any further developments in this regard. Feel free to contact the Vinpro regional viticulturists with specific queries at the contact details here.

As part of the South African wine industry’s 364th birthday celebrations next year, under the campaign SA WINE HARVEST... END_OF_DOCUMENT_TOKEN_TO_BE_REPLACED

The Consumer Goods and Services Ombud (CGSO) has recently conducted market research, after which several wineries have been identified... END_OF_DOCUMENT_TOKEN_TO_BE_REPLACED
Go Back