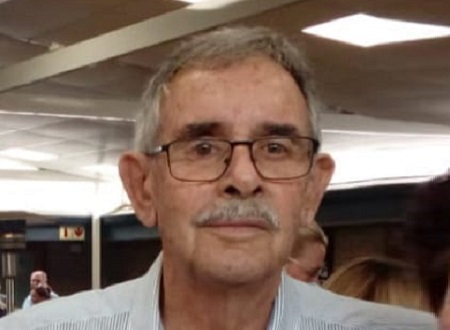 It is with sadness that the South African wine industry had to say farewell to Johan Pienaar, a legend in viticultural circles who passed away on 14 June 2022 at the age of 79 after a long battle with cancer.

Johan was an eternal student, mentor to many and an avid ambassador for the Stellenbosch region. He was born in and grew up in Stellenbosch, where he matriculated from Paul Roos Gymnasium, obtained a BSc degree in Viticulture from Stellenbosch University, and provided viticultural guidance and advice to wine farms in the region for more than four decades. Later he also obtained a BSc Honors degree from the University of Pretoria and completed a number of management and marketing qualifications.

“Johan was a strong, quiet person who had a significant effect on viticulture in South Africa,” says Francois Viljoen, manager of Gen-Z Vineyard Project and former Vinpro colleague. “He was also instrumental in establishing KWV’s and later Vinpro’s viticultural consultation divisions its high standard today.”

He has played an important role in the wine industry over the years through his involvement in many industry committees and organisations, including the South African Society for Enology and Viticulture (SASEV), Stellenbosch Agricultural Society and the South African Association for Agricultural Guidance where he was the chairman for the Western Cape. He was also one of the first members of the Western Cape vineyard discussion group, a member of the working group for drafting cultivar guidelines for the Western Cape’s wine grape growing regions and a founding member of six vineyard study groups for Stellenbosch producers.

Under his leadership, a series of management courses for wine grape producers were launched, he wrote viticultural notes for the Cape Wine Academy’s certificate and diploma courses and often acted as an examiner for Cape Wine Master students. He also shared his extensive knowledge in 38 local and three international publications on wine grape cultivation and viticultural extension services. Johan was a co-founder, part of the management team and later honorary member of Pinotage SA and was honoured in 2021 as one of the Veritas Awards’ prestigious Living Legends.

“He had a great passion for the wine industry, but especially Stellenbosch, where he developed an in-depth knowledge of the region’s soils, slopes, vineyards and wines over time,” says Francois Malan, executive director of Simonsig Wines. “His recommendations in terms of which cultivars and clones to plant in specific areas have contributed to the global success of the Stellenbosch region’s wines. Johan left a wonderful legacy on which the industry will continue to build for years to come.”

“He was a viticulturist at his core, but also equipped himself to evaluate wines. He taught us that good wines are made in the vineyard, but also emphasised the importance of being able to evaluate the quality of the end product and knowing the target market’s needs,” says Francois Viljoen. “I honour him as a pioneer in our industry with tremendous knowledge, which he was always keen to share.”

“I was privileged to work with Johan since 1998 as a newcomer to the wine industry, during which he instilled in me the values of routine, focus on detail and a healthy and robust work ethic,” says Cobus van Graan, market manager at Zest Fruit and former KWV colleague. “He was an eternal student and teacher to many, and did not hesitate to hone the potential of both vineyards and people. I will always remember Johan’s passion and generous heart.”

As part of the South African wine industry’s 364th birthday celebrations next year, under the campaign SA WINE HARVEST... END_OF_DOCUMENT_TOKEN_TO_BE_REPLACED

The Consumer Goods and Services Ombud (CGSO) has recently conducted market research, after which several wineries have been identified... END_OF_DOCUMENT_TOKEN_TO_BE_REPLACED
Go Back