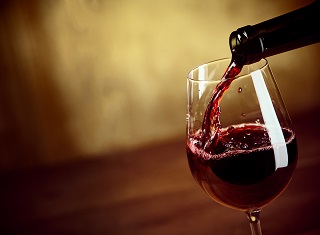 The excise hike introduced by National Treasury will inflict a final blow to many wine businesses and hamper the economic recovery of the South African wine industry even further.

Mr Tito Mboweni, Minister of Finance, announced an excise increase of 8% on wine, sparkling wine and brandy during the national budget speech today.

“This follows on the back of a 16% wage and 15% electricity increase that is absorbed at farm level. We are extremely disappointed that government has once again not heeded the call of our industry,” said Vinpro MD Rico Basson. “Vinpro and other industry organisations have emphasised the plight of the South African wine industry in discussions with Treasury over the past few months and requested that excise duty be raised by no more than 50% of the consumer price index (CPI).

“In light of the serious financial position in which our industry finds itself, we now need stability, policy certainty and financial dispensation. The higher than expected excise increase detract from this and can inflict a final blow to many businesses that are already on their knees, which will in turn contribute to the already large number of job losses and exacerbate the socio-economic challenges in these communities.”

As part of the South African wine industry’s 364th birthday celebrations next year, under the campaign SA WINE HARVEST... END_OF_DOCUMENT_TOKEN_TO_BE_REPLACED

The Consumer Goods and Services Ombud (CGSO) has recently conducted market research, after which several wineries have been identified... END_OF_DOCUMENT_TOKEN_TO_BE_REPLACED
Go Back