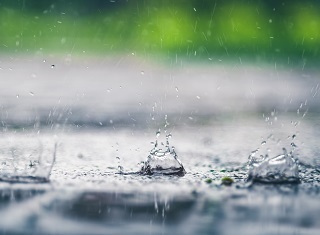 The cold, wet winter that most wine grape growing regions have experienced so far is good news for producers, who are already preparing vineyards for the 2021 wine grape harvest.

“The frequent cold fronts that have occurred in the Western Cape, characterised by low temperatures, rain and snow, are very positive in terms of wine grape cultivation,” says Vinpro viticulturist Etienne Terblanche. Along the Orange River, below-average minimum temperatures were also recorded, which bodes well for the producers in the area.

According to Etienne, low temperatures are also optimal in terms of vine physiology. “Vineyards need a good build-up of cold units during winter to ensure even budding later in the season. The cold weather is beneficial as it allows the plant to remain dormant during winter. At consistent low temperatures the vines are able to go into an optimal state of rest, avoiding the use of important reserves they will need for new growth when the weather warms up during spring.”

Apart from good penetrating rainfall that fills soil profiles and increases to run-off to dams, snow makes a big contribution to soil water levels. “The fact that it melts slowly ensures deep and proper soil penetration. As it melts, the snow on the mountains also move in between crags and boulders to replenish some of the underground water reserves which were extracted through boreholes during the previous drought period,” says Etienne.

Due to the hot and dry seasons the industry experienced in recent years, soils in warmer and drier regions became increasingly brackish. The frequent rain – especially in the form of proper downpours – flushed these salts from the root zone, which is very beneficial to soil and vine health.

Wine grape producers are also now hard at work pruning, in preparation for the 2021 wine grape harvest. According to Conrad Schutte, manager of Vinpro’s viticultural consultation service, the pruning period usually extends from mid-June for earlier cultivars to mid-September for late cultivars such as Cabernet Sauvignon, depending on the amount of hectares that a producer has to prune.

As part of a regular Wingerddinge column in WineLand magazine, Vinpro shares the following tips:

Contact Vinpro’s viticultural consultation service for further advice or information at https://vinpro.co.za/viticulture/ or contact Gaynor Fortuin at tel 021 276 0432 or gaynor@vinpro.co.za.

As part of the South African wine industry’s 364th birthday celebrations next year, under the campaign SA WINE HARVEST... END_OF_DOCUMENT_TOKEN_TO_BE_REPLACED

The Consumer Goods and Services Ombud (CGSO) has recently conducted market research, after which several wineries have been identified... END_OF_DOCUMENT_TOKEN_TO_BE_REPLACED
Go Back