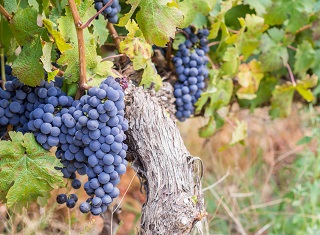 Although the South African wine industry will still take some time to fully recover from the effects of Covid-19 trade restrictions, wine grape producers continue to press on by equipping themselves with the latest information and expertise and constantly adapting their approach in the vineyard.

These were some of the insights shared during Winetech and Vinpro’s five regional webinars from 3 September to 8 October 2020. More than 160 people attended the online sessions.

The Covid-19 pandemic has had a far-reaching effect on wine-producing countries across the globe, and South Africa is no exception.

Apart from the financial effect of varying restrictions on South African liquor sales locally and overseas since March this year, it coincided with a decrease in sales towards the end of 2019, which led to a surplus of about 290 million litres of uncontracted wine.

According to Yvette van der Merwe of SAWIS (South African Wine Industry Information and Systems), it is inevitable that this oversupply will have a negative effect on wine prices. “However, the industry is currently working on various solutions to reduce stock levels and wine prices should recover again in the next few years,” she says.

Some of these plans include stimulating the demand for South African wines locally and internationally, manufacturing hand sanitisers of the current stock and assigning grapes from the 2021 harvest and onward for the production of grape juice concentrate through long-term contracts.

With the harvest season kicking off in mid-January, cellars and wine grape producers are now acquiring additional storage space or managing vineyards for a smaller 2021 wine grape crop to relieve some of the pressure on cellar capacity.

Albert Strever of Stellenbosch University suggests that wine grape producers carefully consider the pros and cons of practices such as the mothballing of vineyards through minimal practices and inputs, chemical crop control, the identification and cutting or uprooting of non-profitable vineyard blocks and entering into contracts for juice production. Higher quality grapes and wines are also expected to perform better in terms of sales and price, so it is advisable to adapt the vineyard management strategy accordingly.

New plans with vines and disease and pest control

Despite the financial challenges, many wine grape producers are still planting new vineyards. During a study tour to Italy and Germany at the beginning of this year, Vinpro’s Conrad Schutte came across so-called “jumbo” vines, the rootstock of which is much longer than a traditional rootstock. This vine, which can ideally serve as a replacement vine, is already up to the height of the cordon wire when it is planted and makes weed control much easier.

“During the viticulture exhibitions I attended, there was a great focus away from the use of herbicides, with a lot of the equipment aimed at mechanical weed control. The breeding of cultivars with partial resistance to downy mildew and powdery mildew is also receiving a lot of attention in Italy,” says Conrad.

The looming ban by the European Union (EU) on the use of fungicides containing Mancozeb will compel wine grape producers to adapt their fungus control programmes. According to Dirk van Eeden of InteliGro, the industry has sufficient chemical groups available to combat downy mildew effectively, even in high-pressure situations. However, most of these products are more expensive than the Mancozeb products and an integrated strategy should be followed to prevent resistance.

“The secret to a successful powdery and downy mildew spray programme lies in prevention rather than control. Start early and stick to the prescribed programme, even if no symptoms are observed,” says Pieter le Roux of Villa Crop. He warns producers that wines could possibly be tested for Mancozeb from the 2021 vintage and recommends that they carefully check the labels of all the substances they use to ensure that the Mancozeb levels are not too high. Research has also shown that no Mancozeb residues are present in prepared wines if it has been applied up to and including the pea berry stage.

Through effective management of trunk diseases, producers can prevent poor bud break and the dieback of bearers. Dr Francois Halleen of the Agricultural Research Council (ARC) suggests that the cordon should not be wrapped too tightly around the cordon wire so that it cuts into the wire. “Also remove all brackets, strings and other items that can strangle the cordon, and prevent any large pruning wounds near it. If large wounds have to be made, protect the wound with a wound sealant,” he says.

In addition, a new flagship project by Winetech, the South African Vineyard Breeding Programme, looks at the breeding of grape varieties that offer resistance to certain diseases and pests, as wine consumers increasingly demand that vineyards be managed with minimal chemical input. According to Dr Justin Lashbrooke from Stellenbosch University, new DNA marker technology enables researchers to speed up the breeding process, which adds a new dimension to traditional breeding programmes.

However, plant breeding remains a time-consuming process and it takes several years for a successful grape variety to reach the market that is both disease-resistant and offers good quality, says Phyllis Burger of the ARC.

Although the Western Cape has received good winter rainfall this year, climate change is here to stay. In response to this, the wine industry focuses on, among other things, good water management and the development and planting of alternative grape varieties and clones.

“By regularly maintaining your irrigation systems, you can significantly increase water efficiency,” says Abie Vorster of Netafim. Thorough maintenance involves flushing the system and treating it with acid and peroxides depending on the extent of the blockage. When using peroxides, provide for a waiting period of up to 36 hours for the most effective outcome and follow up with a flushing action.

According to Charles Visser of Vititec, a total of 67 new clones and 15 grape varieties have been made available to South African wine grape producers since 2007. “New imports are currently focusing on grape varieties that can stand their ground against climate change, specifically from Mediterranean regions such as Spain, the south of France and Greece. These grape varieties are constantly monitored and experimental wines are prepared and analysed to provide producers with the best possible information,” he says.

Konstantinos Bakasietas of the VNB & Hellinefera in Greece says extensive trials have already been done to prove that Greek grape varieties such as Assyrtiko, Xinomavro, Limniona and Agiorgitiko outperform traditional grape varieties when it comes to adaptability to drought and high temperatures.

“Producers can benefit from implementing small-scale experimentation programmes on their farms,” says Eben Sadie of Sadie Family Wines. This enables them to see first-hand what works and also makes it easier to transition from a generic product to a premium product by planting a grape variety that possibly adapts better to the environment.

“It’s important for Winetech to fund research that benefits the industry,” says Lucinda Heyns of Winetech. “We also fund the regional information days and webinars as an important platform to share the results of this research with the industry, so that they can apply it and contribute to their own and the industry’s long-term sustainability. We welcome any suggestions for further research from the industry.”

As part of the South African wine industry’s 364th birthday celebrations next year, under the campaign SA WINE HARVEST... END_OF_DOCUMENT_TOKEN_TO_BE_REPLACED

The Consumer Goods and Services Ombud (CGSO) has recently conducted market research, after which several wineries have been identified... END_OF_DOCUMENT_TOKEN_TO_BE_REPLACED
Go Back