Wine grape producers in the Breedekloof, Worcester and Robertson regions were proactive in an attempt to buffer vineyards against frost damage.

Weather stations forecasted a severe drop in temperatures close to 0°C for Wednesday evening, 4 October 2017. These very low temperatures and/or snow, combined with the drier conditions that currently prevail in the Western Cape increased the risk of frost damage to vineyards.

“Frost is a very big threat to vineyards because the flower clusters are especially small and vulnerable. The first spring frost occurred at the end of September,” says Pierre Snyman, VinPro viticulturist in the Worcester region.

In preparation for the imminent frost conditions, producers in the Robertson, Worcester and Breedekloof regions burned old tyres between vineyard blocks and sprayed/irrigated vineyards to limit the damage by increasing the temperature and humidity and promoting airflow. Temperatures dropped as low as -1.5°C between 05:00 and 06:00 on 5 October 2017.

VinPro viticulturists said that it seemed as though the actions taken did buffer some of the effects of the frost, however a number of vineyard blocks still recorded frost damage in certain lower lying pockets in these regions. The full extent of the damage will be determined in the coming week.

“We can’t control the weather, but on the plus side the SA wine industry has established a network of weather stations in the past few years that enable us to work proactively in addressing any challenges coming our way. We are also continuously learning from other industries and countries about new technology and practices to address frost conditions,” said Francois Viljoen, VinPro Consultation Service Manager.

VinPro was instrumental in establishing more than 40 weather stations in 2015/16. 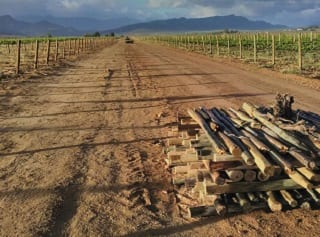 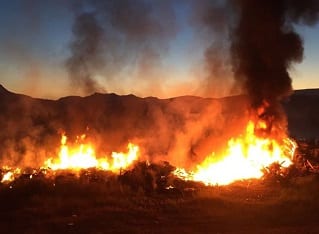 Fires were set to increase the temperature and humidity and increase airflow in vineyards. 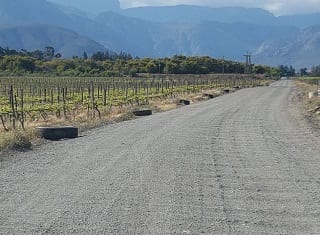 Old tyres are packed between vineyard blocks to be set on fire. 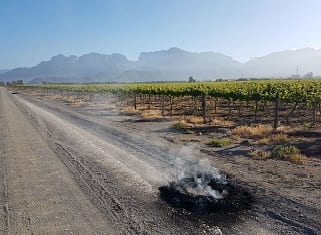 Burnt out tyres between vineyard blocks. 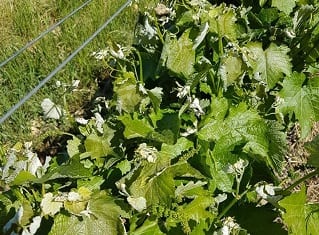 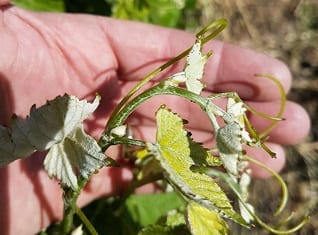 The growth point curls over when damaged by frost.

As part of the South African wine industry’s 364th birthday celebrations next year, under the campaign SA WINE HARVEST... END_OF_DOCUMENT_TOKEN_TO_BE_REPLACED

The Consumer Goods and Services Ombud (CGSO) has recently conducted market research, after which several wineries have been identified... END_OF_DOCUMENT_TOKEN_TO_BE_REPLACED
Go Back