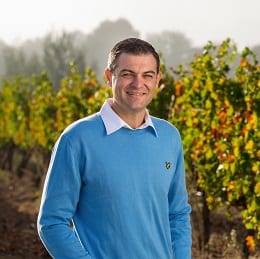 Vinegrowers are assessing the damage caused by a fire that raged in the Simonsberg area for most of last week.

According to VinPro’s viticultural consultant for the Stellenbosch region, Conrad Schutte, damage to vines varies from those that were completely destroyed to scorched leaves and potential smoke taint.

The fire started on 19 January on the south-westerly side of Simonsberg, above the town of Pniel. From there it spread across the entire mountain, causing significant damage to the vineyards of several well-known wine estates, including Thelema, Uitkyk, Kanonkop and Rustenberg, before it was finally brought under control on 22 January.

Schutte said it would at this stage be difficult to accurately determine the total damage caused, even after the fire has been extinguished. “Previous fires have taught us that some vineyards that seem to be severely damaged recover remarkably, while others do not make it, even though they appear to have survived. Only time will tell.”

He advised that the first priority after fire damage would be to restore irrigation systems and properly irrigate affected vineyards. “With the current drought conditions, this is not always easy, but it can make a significant difference in terms of vine survival. It would also be worthwhile to completely remove bunches from damaged vines,” suggested Schutte.

Under the current drought conditions, regrowth of affected vines is unlikely and Schutte recommended that these vines should not be pruned at this stage.

The impact of smoke taint on wine grapes could be more widespread than physical fire damage, with smoke caused by burning forests and fynbos potentially also influencing adjacent vineyards. The extent of this can only be properly determined after the wine has been made and analysed. Guidelines to minimise the potential effect of smoke taint were distributed in the industry by the Institute for Grape and Wine Sciences (IGWS).

According to VinPro economist, Andries van Zyl, based on industry averages, the cost of losing a hectare of vineyard to fire amounts to almost R240 000. This includes loss of income, additional labour to uproot damaged vines and reestablishment of vines. This could, however, vary significantly between different vineyards, particularly where those vineyards that were destroyed produced acclaimed, premium wines.

Real industry camaraderie was clearly apparent as neighbours, farm workers and even serious wine fanatics joined hands to support fire fighters to extinguish the blaze. VinPro, the organisation that represents more than 3 500 vinegrowers and wine cellars, has offered to support wineries in terms of vines and consultation on an ad hoc basis.

As part of the South African wine industry’s 364th birthday celebrations next year, under the campaign SA WINE HARVEST... END_OF_DOCUMENT_TOKEN_TO_BE_REPLACED

The Consumer Goods and Services Ombud (CGSO) has recently conducted market research, after which several wineries have been identified... END_OF_DOCUMENT_TOKEN_TO_BE_REPLACED
Go Back