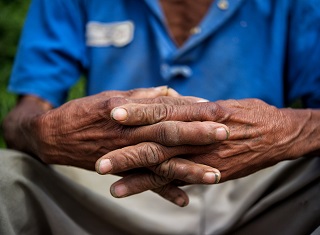 The wine industry and other agricultural commodities met with the Department of Agriculture, Land Reform and Rural Development’s AgriBEE Charter Council in February to share recommendations on the practical application of the 2017 revised AgriBEE Codes.

The briefing flowed from a visit by the Council chair and deputy to recipients of fruitful initiatives led by producers, cellars and industry in June last year – initiatives which scarcely counted for anything on their BEE scorecards. Vinpro submitted a set of recommendations related to this to the Council in August last year, which had been collated from inputs from various role-players in the subsector, and presented these recommendations along with other commodities in February.

“Timing of this advocacy was crucial,” said Phil Bowes, Vinpro enterprise development manager who presented on behalf of the wine industry. “The Department of Trade and Industry (DTI) issued a revised version of the overarching Broad-Based Black Economic Empowerment (B-BBEE) Codes of Good Practice in 2018, and the respective sector codes now need to be aligned accordingly. Coordinating this alignment is the sole mandate of the AgriBEE Charter Council.”

The wine industry is serious about the promulgation of the AgriBEE revised Codes. According the National Agricultural Marketing Council (NAMC)’s 2019 Annual Review, the wine industry is the agricultural sector which committed the highest proportion of its levies to transformation during the assessed period. This amounted to R31.7 million, or 30% of the total levies, which is managed by the SA Wine Industry Transformation Unit (SAWITU). “This is a clear statement of commitment by an industry which frequently faces headwinds for a lack of urgency to implement transformation,” Phil said.

He stressed that producer cellars, estates, farmers and new entrants had shared concerns regarding the assumed applicability to the wine industry of ‘status measurement tools’, specifically for the elements of ownership, skills development and socio economic development.

Wineries are required to have a minimum of 10% ownership in order not to be discounted one level on the total scorecard.

According to Phil, the implementation of the Amended AgriBEE Codes inadvertently assumes a profit motive with all measured entities such as cellars, and likewise assumes that there are willing black shareholders seeking to acquire or to be granted a stake in all measured entities. “This has been found not to be the case,” Phil said. “Prospective new entrants would rather take up shares in businesses which contribute to the accumulation of income, whereas many producer cellars were constituted to distribute profits to their supplier members.”

He recommended that the AgriBEE Codes instead borrow aspects of other sector charters where similar issues are of concern. One might, for example afford a proportion of the ownership points to a wine cellar for successfully preparing future black farmers, brand owners and agri-business owners through skills development with a specific focus on improving management and business leadership skills. Similar provision is made in the Financial Services Charter. “In the 2020 State of the Nation Address President Ramaphosa specifically stated the need for adequate training for new entrants prior to ownership,” Phil said.

He also recommended that enterprise development contributions be converted to a limited number of ownership points with threshold and time bound limits, and that access be granted to farm land for farm workers in the form of formal lease agreements or land grants. In so doing, wine cellars might become more active drivers of land reform.

The wine industry has experienced limitations with regard to skills development recognition.

According to the Western Cape Department of Agriculture (WCDoA) agri worker sensus, only 4% Western Cape farm workers are suitably qualified to attend the current SETA-registered category D learnerships and internships. Furthermore, there is a shortage of accredited learnership programmes that are commodity-specific.

Producers therefore pursue unaccredited, but proven work-based programmes (such as the ones shown to the Council in June last year), that are often tedious to get accreditation for due to their specialised nature. These alternatives rank poorly on the BEE Skills Development Matrix, and thus yield fewer points than they are worth. “We suggest the Council explore the grounds upon which to grant recognition under skills category D to proven work-based programmes, when such programmes are unaccredited for reasons outside of impact and quality of outputs.”

Furthermore, the AgriBEE Codes require that 85% of skills training needs to be defined as scarce and critical skills for an entity to receive any points under skills development. “This is a unique provision, and is not evident in all sector charters. However, there are critical training initiatives within each agricultural commodity (including wine) which greatly contribute to the success of these businesses, but which are not recognised as critical and scarce skills under the AgriBEE Codes – one example being sommelier training,” Phil said.

As a result, an entity could earn a poor score for skills development despite providing these much needed skills to its employees. The industry therefore appeals to the Council to broaden the published list of scarce skills to include subsector-specific skills, for example sommelier training.

“The amended AgriBEE Codes would like to see that businesses and producers are good stewards of natural resources,” Phil said. “Therefore businesses and individuals who drive initiatives with their communities to look after the environment would gain bonus points under the socio-economic development element.”

Wine farms and cellars are involved in environmental sustainability initiatives which impact favourably on job creation over and above the achievement of similar programmes registered with Government. Examples include industry-wide adherence to the Integrated Production of Wine (IPW) Scheme and participation in the World Wildlife Fund (WWF) rural employment initiative for the clearing of alien vegetation.

However, the Codes only recognise certain pre-approved conservation programmes, which do not always render the same impact as those which cater for the wine industry. “So while most wine farms and cellars would achieve the full 15 points under the socio-economic development element, they do not currently get any recognition or bonus points for initiatives which affect environmental sustainability,” Phil said.

The wine industry therefore recommends that the AgriBEE Codes award three bonus points to the socio-economic development element for contributions made to approved conservation initiatives (at least one new job added in the preceding 12 months). In addition, certain environmental sustainability initiatives related to the wine industry need to be appraised and approved by the Council, with three bonus points awarded to entities who spend a minimum percentage of net profit after tax on qualifying projects.

The AgriBEE Charter Council received the feedback from the wine and other agricultural commodities for consideration, after which the revised draft Code is expected to be published for public comment in the Government Gazette at a time which is still unclear.

It is hoped that the AgriBEE Charter Council visit in June last year, will be evident in the draft revisions. “It was a privilege to share some of the success stories of our industry and give the Council a glimpse of the practical implications of changes to the AgriBEE Charter,” Phil said. “By analysing businesses in subsectors and by borrowing certain principles from other sector charters, these entities present a real prospect of putting resources back to work to once again take transformation forward.”

Industry players are encouraged to comment on the draft revisions, in collaboration with Vinpro to provide solutions grounded in recognised precedent.

As part of the South African wine industry’s 364th birthday celebrations next year, under the campaign SA WINE HARVEST... END_OF_DOCUMENT_TOKEN_TO_BE_REPLACED

The Consumer Goods and Services Ombud (CGSO) has recently conducted market research, after which several wineries have been identified... END_OF_DOCUMENT_TOKEN_TO_BE_REPLACED
Go Back