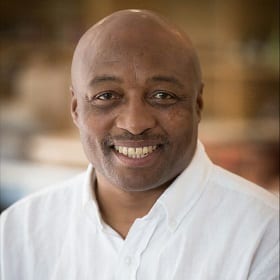 The use of certain food additives in wine is still being deliberated, the final AGOA issue has been resolved and various other trade negotiations are underway. These are some of the updates from Michael Mokhoro at the industry’s WineBiz desk in Pretoria.

A Committee on Agriculture meeting took place in Geneva from 9 – 10 March 2016. The meeting was attended by the Department of Agriculture, Forestry and Fisheries (DAFF) representative in Geneva. During the meeting, South Africa supported a statement by the USA which raised questions and concerns related to wine sale regulations in the Canadian Provinces of British Columbia and Ontario. Canada did not reply and referred the issue back to its capital.

The DAFF, through its representative in the USA, is currently in process of writing a joint letter with various wine exporting countries to the Canadian Government on the same issue. The EU is co-ordinating this initiative. Industry will be kept up to date on developments.

The DAFF is closely co-operating with the Department of Health to ensure our view on food additives is incorporated into the e-working group.

There has been no meeting under the SA EU TDCA framework.

The SEG meeting took place on 1 – 3 March 2016 in South Africa. The purpose of the meeting was to prepare a consolidated regional position on the legal verification exercise and on the comments made by the EU on the text. The meeting undertook a review of the text, Article by Article, as received from the EU and established that there are no substantive changes that affect the rights and obligations of the Parties to the Agreement. A regional consolidated response was then developed during the meeting and sent to the EU on 4 March 2016.

During the meeting, Member States also updated each other of the status of preparatory work undertaken at national level towards the signature and ratification of the text. The signature date was agreed for 9-10 June 2016 in Botswana although some member states are still to confirm their availability. The SEG meeting requested the EU to speed up process of cleaning up of the text and conclude it by end of March 2016 to afford Member States at least two months period to finalise preparations for the signature on 9 – 10 June 2016.

The SADC EPA States were informed that the text is currently undergoing legal clearance and is prepared for the signature. The text will then undergo ratification processes in each SADC EPA State and then implemented once all members have concluded their ratification processes. The signature by the EU Parliament and implementation is still expected around June and October 2016 respectively, if processes continue to unfold as planned.

SACU Senior Trade Officials (STOs), during their meeting on 4 March 2016, considered the issue of SACU EFTA FTA review and observed that, so far, only South Africa and Lesotho had submitted inputs to the SACU Request Lists on Basic and Processed and Agriculture Products. SACU STOs then urged outstanding Member States to submit inputs by end-March 2016. The SACU STOs meeting also proposed that the first review meeting between SACU and EFTA be held around August 2016 in the region.

SACU is ready to exchange tariff offers with Egypt, Ethiopia and the rest of the Tripartite Member/Partner States. A meeting is also planned for early 2016 to advance the tariff offer negotiations with the EAC.

The SACU Senior Trade Officials and technical officials will meet on 18 – 19 April 2016 to discuss Rules of Origin, DAFF proposed Tariff Lines on certain agricultural products to 0% especially those below 5%.

Negotiating modalities and draft negotiation texts are not yet finalised. The Tripartite Task Force [TTF] is developing a discussion paper on the approach that the Tripartite Member/ Partner States should take in the C-FTA negotiations and expressed the need for SACU to consider its own approach and participation in the C-FTA once the document is released.

The AU Commission further agreed with the proposal from the Secretariat that SACU undertakes a study aimed at analysing the implications of the proposed Continental Free Trade Agreement on SACU in preparation for the negotiations.

SA is considering the impact of AGOA beyond 2025. Notification has been sent to industry role players to formulate the impact which would be submitted to NEDLAC for SA position.

The internal consultations by South Africa on India’s request list are under way. The SACU Secretariat will consolidate all SACU Member States’ inputs once the consultation processes are complete. The Directorate did not receive further inputs from the ATF members during 2015 on India’s request list for possible improved of South Africa’s ambition regarding market access. The Department maintained its position on the request list as was submitted to the Dti.

The MERCOSUR states have finalised all their internal processes regarding the SACU-MERCOSUR PTA. Paraguay has sent a notification in this regard to SACU. SACU had complied with their ratification process and notified MERCOSUR in 2014. The date of entering into force of the agreement is 1 April 2016 and the agreement would apply retrospectively. Ratification of some of the members is still outstanding.

As part of the South African wine industry’s 364th birthday celebrations next year, under the campaign SA WINE HARVEST... END_OF_DOCUMENT_TOKEN_TO_BE_REPLACED

The Consumer Goods and Services Ombud (CGSO) has recently conducted market research, after which several wineries have been identified... END_OF_DOCUMENT_TOKEN_TO_BE_REPLACED
Go Back