To the movers and shakers

Edo Heyns honours the changemakers of the world of South African wine for 2015.

Captain of the cousins

Phillip Retief has led Van Loveren to new heights, with a notable shift from primary wine production to innovative brands, new product development and the game-changing Four Cousins range. During the past five years, Van Loveren doubled its land in terms of planted vineyards in Robertson. With a secure source of grapes, the next phase will see investment in brand managers to launch this phenomenal family business into its next growth cycle.

“A few years ago there was a significant risk that grapes and wine at certain quality levels might become more expensive and that we might even run into shortages. Expansion was a commercial consideration – we prefer to be in control of the value chain for certain brands,” explains Retief.

The risks that the current political climate pose for agricultural land security may be cause for concern – but, in Retief’s view, legislative amendments pertaining to agricultural property could lead to more manoeuvrability. Van Loveren’s first BEE enterprise was established in 2004, followed by another project in 2010. “We have submitted our final applications for a further venture to the Department of Water Affairs and we are confident that our long-term model could become a leading example of sustainable transformation in agriculture.”

The Retiefs’ property expansion goes beyond vineyards. A prominent site in Robertson has been earmarked to become the home of the Four Cousins range by the end of this year, and will include their growing range of ready-to-drink beverages and cream liqueurs. This will allow the Van Loveren and Christina wines to regain prominence on the Van Loveren farm.

Investing in expertise and imagination

If Retief had to choose one skill to invest in to ensure a bright future for Van Loveren, it would be in senior brand managers. “We need brand managers with knowledge and passion who can sell wine at the margins required for sustainable profitability, not salespeople who drive volumes at all cost,” he emphasises.

The wine industry has achieved much in stimulating growth in what used to be a stubbornly stagnant market. Nevertheless Retief argues that the challenge for wine lies in capturing the attention and imagination of the 70% of South Africans who consume alcohol, but don’t drink wine. “The products and innovations required for that don’t exist yet. We need to create them. The winemaker’s competition is not his neighbour – it’s the larger liquor industry.

South Africa needs to shed its “country of origin discount” and Indian entrepreneur Analjit Singh is eager to be part of the action.

“I have never been to a country where the word ‘pleasure’, or in Afrikaans ‘plesier’, is used so often. I am delighted to be in South Africa!” comments self-made millionaire Analjit Singh, who has a contagious enthusiasm for the tip of Africa, where he has invested significantly in the tourism and wine industries through his Leeu Collection.

Pick up the price

Singh, who has partnered with Chris and Andrea Mullineux, believes that the greatest challenge facing the South African Wine Industry lies in forging a unique identity. “We should not emulate Bordeaux when working with Cabernet or the Northern Rhône when making Syrah. The wines should speak of their own terroir,” Singh explains.

The balance that South Africa strikes between the elegant restraint of the old world and the purity and fruit of the new is essential to a winning hand. This, according to Singh, is part of the process of addressing the pricing challenge that the South African industry faces. 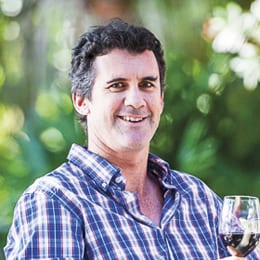 Wine tourism as a unique selling point is, of course, just as important. Singh praises the big skies, the “huggable” mountain air and the generosity of spirit, gentleness and friendliness of South Africans.

Most of Leeu Collection’s investments are centred in and around Franschhoek. Other properties include Leeu Estates, Leeu House, Le Quartier Français and Heritage Square. Future plans entail creating a culinary hub at Heritage Square and opening a microbrewery in partnership with Cape Brewing Company.

Kobus Basson’s Kleine Zalze is making big dreams come true and has been equally impressive in international competitions and the UK on-trade.

Kleine Zalze proprietor Kobus Basson memorably stated at this year’s Adams & Adams WineLand Seminar: “Opportunities abound, but the ‘use it or lose it’ rule applies.” He walks the talk and certainly has a sharp, entrepreneurial eye for a gap.

On top of the on-trade

Other producers used to mock Basson. They boasted that their exports to UK supermarkets were a ticket to go hunting, while he relentlessly pursued the on-trade. Today the tables are turned, with Kleine Zalze claiming the top spot as South Africa’s biggest brand in the UK on-trade in 2015 – a position that it has held three times during the past six years.

“People talk to me about our position in the UK on-trade as if it is some sort of overnight success. What they are not appreciating is that, for more than a decade, I’ve traipsed back and forth across the Midlands and the north of England, talking to every gastro pub owner and everyone else in the on-trade who would listen to me,” Basson says.

Kleine Zalze has taken a targeted approach, without trying to be everything to everyone, across markets and segments. The UK has been in Basson’s sights ever since he bought Kleine Zalze in 1996, with the on-trade deemed particularly relevant. A key reason for this is that a strong presence in the UK also indirectly helps to get the wine into other markets, especially from an on-trade perspective.

“Kleine Zalze is a lifestyle brand that is food and consumer friendly. The whole experience of getting to know a new brand is so much more memorable if you dine with family and friends and try a glass of wine from a winery for the first time.

Hopefully you are so impressed with the wine that the next time you shop for wine in a retail store, you will buy a bottle,” Basson explains. He confirms that competition in the UK is fierce, adding that consumers are exposed to at least 100 times more wine brands in the UK than in South Africa. The flipside of the coin is: “You can create a wonderful footprint in the UK if you are listed in restaurants where patrons regularly dine and become loyal to your brand.”

The 2013 Kleine Zalze Family Reserve Chenin was crowned the top white wine at the International Concours Mondial Awards – a feather in the cap for Kleine Zalze and the entire South African wine industry.

“Chenin is indeed one of our best cards to play. The vast majority of vineyards, not only in our area, but also the old vine plantings in South Africa, are Chenin. This resource allows us to produce a number of expressions of the variety, which can compete with the best wines in the world,” says Basson.

ith her involvement in the court case that opposed garnishee orders, as well as being a trustee of the Cape Wine Auction, Appelbaum is increasingly becoming the wine industry’s voice for the poor. When asked about this role, she simply states that, “it’s nothing new, but rather the way I was brought up”.

Appelbaum resolutely backed the application in the Cape Town High Court in February by the University of Stellenbosch Legal Aid Clinic and 15 individuals regarding garnishee orders after she discovered that some of her workers were struggling under them.

Most of the individuals who brought the application were impoverished farm workers from Stellenbosch, with very basic or non-existent levels of financial literacy. In what was regarded as a landmark ruling, Justice Siraj Desai of the High Court in Cape Town declared the garnishee orders in question “unlawful‚ invalid and of no force and effect”, adding that sections of the Magistrates’ Court Act are “inconsistent with the Constitution”.

Appelbaum says this ruling could have far-reaching implications and is a perfect example of how civil society needs to play a bigger role in building a better South Africa. “Look at this place. We live in the most beautiful country in the world and it’s our responsibility to protect and improve it. Where government fails, civil society should take the lead – because leadership is exactly what we need,” Appelbaum stresses.

Of neighbourliness, education and becoming Audi

She cites The AfrAsia Bank Cape Wine Auction as proof of how the wine industry can stand together to make a significant impact. “Can you imagine if more neighbours are able to stand and work together for a greater cause? Gary and Kathy Jordan, Johan Reyneke and Emil den Dulk are certainly not my adversaries. We all want the wine industry to succeed and we are playing our part in achieving the bigger dream.”

Asked about the challenges the industry faces, she lists three key issues: “labour, labour and labour”.

“Generally, the wine industry is working with an uneducated, unmotivated and, frankly, an uninterested workforce. From De Morgenzon’s perspective mechanisation is certainly not the answer. On the contrary, we are putting effort and thinking into developing and upskilling our workers, but the challenges are huge and deeprooted,” Appelbaum elaborates.

Education is Appelbaum’s top priority and a new project could see top schooling introduced in the Stellenbosch Kloof farming community. “As in the case of garnishee orders, education has the potential to have a long-term, farreaching impact on a community. Now that is exactly the kind of thing I like to be involved in,” Appelbaum states.

When asked about opportunities for South African wine, Wendy’s husband, Hylton, could not resist providing his analogy: “When we grew up, Audi was not up there with BMW and Mercedes. It was always the innovator that kept going and improving, until it was up there with the big guns. South Africa could and should become the Audi of the world of wine.”

As published in the October 2015 issue of WineLand magazine.

As part of the South African wine industry’s 364th birthday celebrations next year, under the campaign SA WINE HARVEST... END_OF_DOCUMENT_TOKEN_TO_BE_REPLACED

The Consumer Goods and Services Ombud (CGSO) has recently conducted market research, after which several wineries have been identified... END_OF_DOCUMENT_TOKEN_TO_BE_REPLACED
Go Back