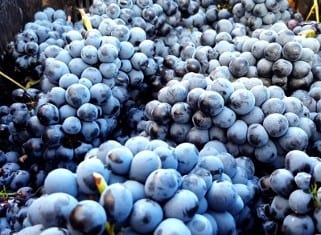 The South African wine grape harvest is slightly larger than last year following a dry season and consumers can look forward to exceptional wines from the 2017 vintage.

The wine industry body VinPro says the 2017 harvest, that is at 1 425 283 tonnes 1.4% larger than in 2016, was initially expected to be smaller. “A decrease was expected due to the second consecutive very dry, hot season. However, cooler nights throughout the growing season and the absence of significant heatwaves during harvest time buffered the effect of the drought to some extent,” says Francois Viljoen, manager of VinPro’s viticulture consultation service.

The Swartland and Paarl regions obtained much larger crops following sharp declines in 2016. Robertson’s production was close to the record harvest in 2016, while Olifants River and Breedekloof increased somewhat following small crops last year. Slightly smaller yields were noted in the Northern Cape, Stellenbosch and Worcester and a much smaller harvest in the Klein Karoo.

Although higher rainfall brought some relief in certain regions, it was still very much below average and the warmer weather conditions required producers to manage water usage very closely.

On the plus side, the dry conditions resulted in very healthy vineyards and smaller berries with good colour and flavour concentration. These conditions, along with the ideal cool weather during harvest time formed the perfect combination for an exceptional quality wine grape harvest, according to Viljoen.

Wines of South Africa CEO, Siobhan Thompson is positive, “Having spoken to many of our producers, general sentiment is that the harvest was one of the best seen in many years, specifically in terms of quality. The cooler than normal weather experienced in February saw to more even ripening periods and winemakers from various regions have commented positively on the outcome, despite the challenging weather conditions we’ve experienced. We are looking forward to seeing what this somewhat exceptional vintage does for South African wines as a whole in international markets.”

“We are grateful that the weather played along during the 2017 harvest, but looking towards the 2018 wine grape season that is around the corner, we are really hoping for rain during the upcoming post-harvest and winter period,” says Viljoen.

South Africa is the 8th biggest wine producer world-wide and produces about 4.1% of the world’s wine.

The 2017 wine harvest – juice and concentrate for non-alcoholic purposes, wine for brandy and distilling wine included – is expected to amount to 1 106.3 million litres, calculated at an average recovery of 776 litres per ton of grapes.

The post-harvest period (April and May) was very hot and dry, which led to early leaf-fall in some areas, and the accumulation of reserves was moderate.

Winter arrived late in most regions, but was cold enough to break dormancy. Although rainfall was higher than the previous season in some areas and could carry the harvest through, it was still below average and the dam and soil water levels remained under pressure. Producers therefore had to irrigate meticulously.

Spring arrived on time and warm weather in August contributed to somewhat earlier than normal, but even bud burst. However, cooler weather in September resulted in some instances of later and more uneven bud burst. October and November was characterised by cool nights and warm days, that was beneficial to flowering and berry set. Some producers in the Breedekloof and Worcester regions experienced black frost in October, which resulted in limited crop losses.

The growing season and especially harvest time will be remembered for cooler nights and warmer, drier days. Harvest time kicked off on time in most regions, with the exception of the Northern Cape that started two weeks late due to frequent rainfall. Big showers at the beginning of the Stellenbosch region’s harvest resulted in bottle-necks in the harvesting of some cultivars.

The dry, warm weather resulted in healthy grapes and small berries with good intensity. Greater variation between night and day temperatures during the ripening stage gave the colour and flavour formation a further boost, which are indicative of remarkable quality wines.

Breedekloof: A Slightly smaller harvest than in 2017 after one of the driest growing and ripening periods ever.

Klein Karoo: A much smaller harvest due to dry conditions and a shrinking area under vines.

Malmesbury/Swartland: A considerably bigger and exceptional crop after a sharp decline in 2016.

Northern Cape: A season of extremes and variation between producers contribute to an overall decrease.

Paarl: A good hike in production following a much smaller 2016 harvest, with favourable grape analyses.

Robertson: A dry, hot season resulted in an above-average yield, close to the record harvest in 2016.

Stellenbosch: A challenging season contributed to a smaller, but promising wine grape harvest.

Worcester: A healthy and average sized harvest for this region, but still slightly smaller than in 2016.

As part of the South African wine industry’s 364th birthday celebrations next year, under the campaign SA WINE HARVEST... END_OF_DOCUMENT_TOKEN_TO_BE_REPLACED

The Consumer Goods and Services Ombud (CGSO) has recently conducted market research, after which several wineries have been identified... END_OF_DOCUMENT_TOKEN_TO_BE_REPLACED
Go Back