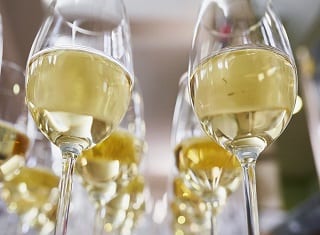 The industry body Vinpro reported in its official annual Wine Harvest Report 2018 that wine grape production is at 1 220 920 tonnes nearly 15% down compared to 2017, which translates into 170 million litres less wine produced in 2018.

The decline in wine production can be attributed to a prolonged drought, a decline in area under wine grapes and frost damage in some areas.

“The South African wine industry in 2017 sold 447 million litres of wine in the local market and exported 448 million, in total 895 million litres which represent a 3.5% increase in total sales compared to 2016. The challenge for 2018 will be that  the combination of lower production and stock levels that have reached equilibrium does imply a significant shortage of wine to service the local and export markets at 2017 levels,” says Rico Basson, managing director of Vinpro.

“After years of financial pressure, wine producers need a significant income adjustment of close to 30% to ensure a more viable and sustainable environment.  At the moment they on average earn a meagre 1% return on investment, which does not justify the establishment of vineyards,” Rico says.

Many wine grape farmers therefore leave the industry, uproot vines to make way for more profitable crops, or don’t replace vineyards. The area under wine grapes has shrunk by close to 9% in the past ten years.

“The only way to ensure a sustainable supply going forward is increasing the prices we receive for our wines, so that wine grape producers have sufficient financial means to plant and renew vines, increase production, and are able to accelerate the already significant investment in socio-economic aspects including further training and upliftment of their people,” says Rico.

South African wine grape producers are innovative and have done a lot over the past few years to adapt as weather patterns change globally. This includes making use of alternative practices and technology, investment in new, more drought-tolerant clones and cultivars, continuously evaluating the financial viability of vineyard blocks and venturing into new geographical regions.

“It is positive to note that we have in the short term already seen evidence of above average adjustment of prices at South African retail level for certain wine categories with further adjustments are expected over the medium term. What is important to note is that in an environment of short supply and with both the local and export markets as possible considerations, the highest bidder will win,” says Rico.

On the plus side, a global wine shortage does have a positive effect on both sales volume and value growth in priority export markets.

Europe’s wine production is the lowest in nearly 45 years. Spain, France and Italy have specifically been dealt a blow due to climate conditions such as frost and drought. The fact that it happened simultaneously in all three regions contributed to significant global decrease in wine.

A decrease in volumes available for exports can also enable South African exporters to negotiate better prices with international importers.

According to Rico, as with any ‘crisis’ or external impulse, the shortage might also ignite discussions around traditional business models and route-to-market. “Just looking at international trends, we also believe that constructive dialogue might lead to new business relationships, mergers and/or acquisitions,” he says.

Firstly, the industry aims to maintain its traditional markets – the UK, Germany, Netherlands, Sweden, Canada and Japan – whilst growing value (rand per litre). Secondly, the focus is on growing both the volume and value of exports to what are considered to be growth markets, namely the USA, China and Africa.

“More importantly, our aim is to grow the image and perception of Brand SA and South Africa as a country that produces some of the best wines in the world. By changing and maintaining this perception with international consumers, we believe that value growth will follow,” says Siobhan.

What’s on the cards?

The Bureau for Economic Research (BER) and the Bureau for Food and Agricultural Policy (BFAP) predict that the area under wine grapes will be around 10% smaller at 85 000 ha by 2022 compared to 2018, production will amount to 1.3 million tonnes and the industry will have a deficit of 120 million litres of wine.

The average bulk wine prices are expected to increase by around 15% in the next year. “This together with the above-inflation increase in excise and the VAT rate increase, will result in significant pressure on wine retail selling prices. Consumers can expect to pay between 8% and 11% more for their favourite wine,” says Yvette van der Merwe, managing director of South African Wine Industry Information & Systems (Sawis).

The downward trajectory in wine production leaves very little room for volume growth going forward. However, the opportunity does present itself, given the positive macro-economic factors in the model, to grow volume together with value.

“Brandy, fairly sensitive to price, is also likely to be negatively affected over time as supply constraint impacts on price”, says Yvette.

South Africa is the eighth largest producer of wine in the world and contributes 4% to global production. The wine industry contributes R36 billion to the country’s gross domestic product (GDP) and employs close to 290 000 people.

As part of the South African wine industry’s 364th birthday celebrations next year, under the campaign SA WINE HARVEST... END_OF_DOCUMENT_TOKEN_TO_BE_REPLACED

The Consumer Goods and Services Ombud (CGSO) has recently conducted market research, after which several wineries have been identified... END_OF_DOCUMENT_TOKEN_TO_BE_REPLACED
Go Back