SA Wine Harvest 2018: Big challenges in the vineyard, big surprises in the cellar 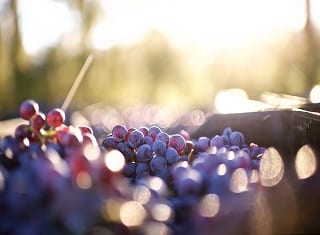 The South African wine grape harvest is at 1.2 million tonnes 15% smaller than in 2017 – the smallest crop in more than a decade. (Photo credit: Peartree Photography)

Wine grape producers and cellars in South Africa are positive about the quality of wines from the 2018 harvest, despite challenging conditions resulting in one of the smallest crops in more than a decade.According to the wine industry body Vinpro, the 2018 harvest, that is at 1 220 920 tonnes, 15% smaller than in 2017, was initially expected to be even smaller.

“The 2018 harvest season was really challenging, due to a prolonged drought which some believe to be the worst in 100 years, and accompanied by water restrictions and frost damage in some areas,” says Francois Viljoen, manager of Vinpro’s viticultural consultation service.

All regions except the Breedekloof reported a smaller wine grape crop, with the Olifants River region being hit hardest due to a water allocation amounting to only 20% the region’s normal allowance from the Clanwilliam Dam. In addition to water shortages, some vines in the Breedekloof, Worcester and Robertson areas were affected by frost damage in September and October 2017. The Northern Cape region, where water supply was sufficient, also had a decrease in production as vines recovered poorly from frost damage earlier in the season.

The dry weather throughout the season did have its advantages as vines were healthy, with little or no pests and diseases being recorded in most regions.

“The South African wine industry is already very diverse due to the variation in climate and terroir between the respective regions. But this year it was exceptionally difficult to generalise as the conditions would differ significantly from one region, and even one farm, to the next, depending on access to water, the prioritisation of other crops on the farm and how the vineyard was managed to cope with the drought,” said Francois. 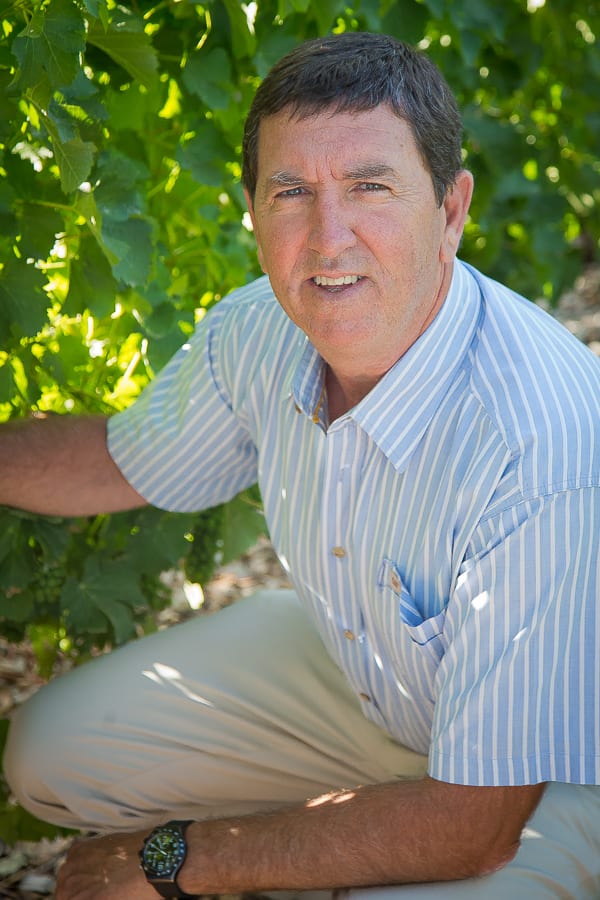 Although the season was challenging due to the drought and frost, Francois Viljoen of Vinpro says wine grape producers and winemakers managed to surprise with the quality of the grapes and wines of the 2018 vintage.

The amount of grape bunches looked promising at first, but the berries were much smaller than usual, which affected the total tonnage. “Smaller berries usually have good colour and flavour intensity and this, along with cooler weather during harvest time relieved some pressure on vines and bode well for quality,” says Francois.

“We feel very positive about the prospective quality of the grapes from the 2018 harvest as this is one of the most important issues that we are focusing on as an industry,” says Siobhan Thompson, CEO of Wines of South Africa (Wosa).

“It is imperative that the standards of the wines we sell both locally and abroad can compete with that from the rest of the world. It shows true character, not only in the quality of our terroir, but also from our winemakers, to adapt and overcome such challenging conditions in order to remain viable,” she says.

“I take my hat off to South African wine grape producers and winemakers for adapting their practices in the vineyard and cellar to decrease the effect of the water shortages. We hope that the 2018 winter breaks the drought and that the vines will recover sufficiently in the run-up towards the 2019 wine grape harvest,” says Francois.

South Africa is the eighth biggest wine producer world-wide and produces about 4% of the world’s wine. The wine industry contributes R36 billion to the country’s gross domestic product (GDP) and employs nearly 290 000 people.

The 2018 wine harvest – juice and concentrate for non-alcoholic purposes, wine for brandy and distilling wine included – is expected to amount to 948.3 million litres, calculated at an average recovery of 777 litres per ton of grapes.

In many areas vines kept their leaves for longer than usual in the post-harvest period (April and May 2017), which was beneficial for the accumulation of reserves for the coming season.

Winter arrived late in most regions, but was cold enough to break dormancy. Day temperatures were notably warmer and night temperatures colder than usual due to the dry conditions. All regions received much lower rainfall, with the Olifants River, Breedekloof, Paarl and Swartland reporting less than half their long-term average rainfall and the Klein Karoo only 20%.

Bud burst started later due to cooler weather extending into August and September. Uneven flowering and berry set was common due to windy conditions, cold periods and precipitation in most of the areas, while the Robertson region obtained good berry set due to warm, dry weather and sufficient irrigation during flowering.

Some wine grape producers in the Breedekloof, Worcester, Robertson and Northern Cape regions experienced frost in September and October, which resulted in crop losses.

After slow shoot growth initially, vines picked up the pace as temperatures rose towards the end of November. Although December and January were hot, with temperatures reaching 35°C, none of the usual heatwaves were present.

The rest of the growing season and harvest were notably cooler than normal. By the end of February the nights became cooler, which was beneficial for colour and flavour formation in the (especially red) cultivars that ripen later in the season.

Harvest time kicked off seven to 14 days later in most regions and some wine grape producers were still harvesting until the end of April, much later than usual. Most cultivars were harvested in their common order, which meant that cellar space wasn’t under pressure.

Vineyards were healthy with limited incidences of pests, diseases or rot thanks to the dry weather.

“Consumers can look forward to some really good wines from the 2018 vintage,” says Francois.

Winemakers are very happy with the general wine quality at this stage in spite of the challenging conditions earlier in the season and limited water resources.

The dry, warm weather resulted in healthy grapes and small berries with good intensity. Greater variation between night and day temperatures during the ripening stage gave the colour and flavour formation a further boost, which are indicative of remarkable quality wines.

Klein Karoo: Although a smaller crop, red wines will have a richer colour due to smaller berries and the white wines have fresh characteristics.

Northern Cape: Chenin Blanc production increased somewhat, but Colombar, which is the largest contributing cultivar, was affected most by frost damage in some areas.

Olifants River: The region hit the hardest by water shortages, experiencing the biggest drop in production.

Paarl: The amount of wine grape bunches were trumped by much smaller berries, which resulted in a lower yield, especially in dryland vineyards.

Robertson: A smaller, but very promising wine grape harvest, despite frost damage in some areas.

Swartland: An unexpectedly good year in terms of wine quality from a much smaller harvest due to water stress in this dryland region.

Worcester: One of the most challenging seasons yet due to water restrictions and frost, but wine grape producers and winemakers were innovative in the vineyard and cellar to produce good wines.

As part of the South African wine industry’s 364th birthday celebrations next year, under the campaign SA WINE HARVEST... END_OF_DOCUMENT_TOKEN_TO_BE_REPLACED

The Consumer Goods and Services Ombud (CGSO) has recently conducted market research, after which several wineries have been identified... END_OF_DOCUMENT_TOKEN_TO_BE_REPLACED
Go Back