Protect and prepare vines for 2020 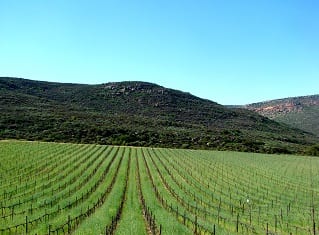 Sowing cover crops before the winter improves water-retention and aeration of soils, increases the organic carbon content and prevents erosion.

With the 2019 wine grape harvesting season firmly behind them, South African wine grape producers are already equipping themselves with research findings, technology and best practices to protect and prepare their vines in the run-up to the 2020 harvest, as was evident from a series of viticultural information days in May.

Presenters at the Winetech Vinpro Information Days, which took place in six wine grape growing regions, gave an overview of relevant wine industry issues, as well as future expectations. The series of information days were made possible by a financial contribution from Pellenc.

Wine grape profitability is starting to recover after producers have been under tremendous financial pressure for more than a decade. According to Vinpro agricultural economist Pierre-André Rabie, low wine stock levels globally – and locally due to a smaller wine grape harvest in 2018 and 2019 – have contributed to wine prices increasing in certain categories. “We would like to urge our producers and all wine-related businesses to have a focused approach and increase efficiency throughout the entire value-chain, to ensure that a sustainable income flows through to our primary wine grape producers,” Pierre-André said.

The 2018/19 wine grape season was characterised by temperature fluctuations, which was said to contribute to a smaller crop. Dr Albert Strever of the Stellenbosch University illustrated this at the hand of weather station data in the Worcester and Breedekloof regions.

On the plus side, the cooler weather experienced in the post-harvest period can result leaves falling later, which is beneficial for the building up of reserves. “It’s important to note, however, the vine’s phenology and climate are not the only factors that influence the crop. Irrigation and fertilisation management, soil types and many other factors also contribute to the size and quality of the harvest,” Albert said.

The post-harvest period is also the time when producers sow cover crops, which increase the organic carbon levels in soils, improves water retention and aeration and reduces erosion of soils. Ivan Jansen van Rensburg of Barenbrug provided feedback on trials done with new types of cover crop through the Gen Z Vineyard Project.

He suggested that producers sow cover crops on a rotation basis to eliminate the same problems occurring year on year, and emphasised the importance of using trusted seed suppliers to ensure good quality seeds that do not contain weeds.

Get weeds under control

“It is important that the right herbicide is applied to soils before the seed could germinate, and once they are visible, don’t wait until the weeds are too big before applying herbicide,” said Pieter.

According to Andrew Bennet from Bayer, glyphosate, one of the most established herbicides, has been proven to be a safe and effective way to control weeds and eventually have a positive effect on production.

Apart from weed control, wine grape producers also need to ward off and manage a range of vineyard pests and diseases, including phytoplasmas such as Aster Yellows. Gert Pietersen from Pathsol shared findings of the Tropic Safe Project, a collaboration between various research bodies and organisations across the globe, including Winetech and Vinpro.

Through dedicated research the industry is now able to identify and confirm vectors for these phytoplasmas, as well as alternative host plants, and can start working on an action plan to decrease or even eliminate these harmful parasites.

Invest in your people

Just as important as all of these practices are to ensure healthy, productive vines, it is also important for wine grape producers to invest in their people through skills development and training. According to Kachné Ross of Winetech’s learning and development division, an online Learner Management System (LMS) captures training at various levels of the wine industry and can provide a free tailor-made dashboard to producers of all the training interventions their employees participated in.

Connect and get inspired

“Winetech funds and commissions research that is relevant to and will be to the benefit of the industry and our producers,” said Lucinda Heyns of Winetech. “We encourage wine grape producers and cellars to use the respective technology transfer channels such as information days, magazine articles, research reports and newsletters to equip themselves with knowledge and become inspired to innovate in their businesses.”

The next series of Winetech Vinpro Information Days will be held in September. Visit www.vinpro.co.za for more.

As part of the South African wine industry’s 364th birthday celebrations next year, under the campaign SA WINE HARVEST... END_OF_DOCUMENT_TOKEN_TO_BE_REPLACED

The Consumer Goods and Services Ombud (CGSO) has recently conducted market research, after which several wineries have been identified... END_OF_DOCUMENT_TOKEN_TO_BE_REPLACED
Go Back