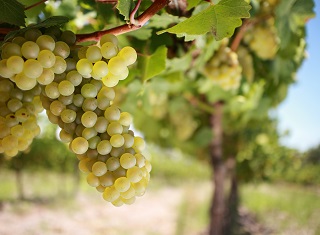 According to industry bodies SAWIS (SA Wine Industry Information & Systems) and Vinpro, winemakers and viticulturists are positive about the quality of the crop, and at this early stage estimate a wine grape crop bordering on the 2020 figure of close to 1.3 million tonnes.

“The December estimate is the first of four crop estimates conducted annually,” says Conrad Schutte, manager of Vinpro’s viticulture consultation services division. “If the rest of the growth and ripening phase goes smoothly, the harvest could possibly be somewhat larger than in 2020, but still lower than the ten year average.”

The Western Cape experienced good rainfall in general during the winter months and dam levels rose well. “At the beginning of the growing season, in mid-September 2020, the major dams were 98% full – a significant improvement on the past two years,” Conrad says.

The Clanwilliam Dam, which is an irrigation source for the Olifants River region, currently stands at 90% compared to 76 % in 2019. At this stage water is not a problem in the Orange River and soil profiles are quite saturated, but the river level is significantly lower than last year at the same time. The Little Karoo is better off in terms of water supply compared to the end of 2019, but continues to suffer the effects of the ongoing drought, which renders further rainfall from the South East crucial for good production in this area. In the Robertson region, most producers get their water from the Brandvlei Dam, which is fuller than last year, and the forecast is also more positive for producers who depend on mountain run-off water.

Spring was mostly characterised by wet and cold conditions, which led to delayed growth and challenges in terms of disease control.

Snow was, for instance, visible on the peaks of the Matroosberg Mountains until the end of September. “Although it appeared homogeneous, both budding and initial growth were delayed due to these lower temperatures,” Conrad says. Wet conditions along the coast proved to be challenging in terms of the timing of disease control.

Limited frost damage occurred in the irrigation areas during this time; however, large-scale frost damage along the low-lying parts of the Orange River is expected to have a significant impact on the crop.

Overall, flowering and set were good and even, with a few exceptions where lower temperatures prolonged this phase, along with observed unevenness. “The coastal region experienced storm winds at the end of October, but due to the early stage of vineyard development, damage was fortunately limited,” Conrad says.

Vine growth in terms of shoot length and leaf growth quickly caught up in late October and early November. Growth is moderate to vigorous at this stage, with a lot of branch shoot development due to cool conditions and sufficiently filled soil profiles, and producers are actively managing this rapid vine growth with appropriate canopy practices.

“At this early stage, the vineyards’ vigour, bunch figures and bunch sizes look promising,” Conrad says. “If the environmental conditions remain favourable and producers have the capacity to apply vineyard management practices in a timely manner, the industry is expected to harvest a better crop in 2021 than in 2020, with the exception of Orange River and Cape South Coast regions that experienced frost and poor flowering and set in these two regions respectively.”

What about the surplus?

“We are grateful for a favourable season up until now, which promises exceptional grape and wine quality,” says Vinpro MD, Rico Basson. The South African wine industry has recommitted itself to expanding our high quality wine offering at sustainable prices.”

“Within the context of the current wine surplus, as well as a large component of uncontracted wine, due to the alcohol ban and restrictions on sales in 2020, as well as the upcoming harvest, many wine grape producers were proactive in securing contracts with manufacturers of grape juice concentrate to process a part of the 2021 crop and in doing so, doing the part to provide some stability. This is one of the ways in which the industry is slowly but surely starting to rebuild following this extremely challenging year.”

“It will still take some time for the industry to recover. However, it is encouraging to see that year-to-date export volumes are maintained at the same level as in 2019, while local sales volumes have also started to recover over the past two months, which is of course good news for our industry which is still facing serious challenges,” says Rico.

As part of the South African wine industry’s 364th birthday celebrations next year, under the campaign SA WINE HARVEST... END_OF_DOCUMENT_TOKEN_TO_BE_REPLACED

The Consumer Goods and Services Ombud (CGSO) has recently conducted market research, after which several wineries have been identified... END_OF_DOCUMENT_TOKEN_TO_BE_REPLACED
Go Back