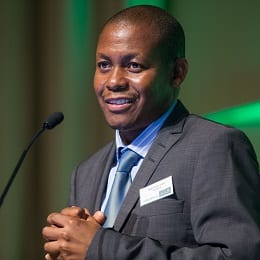 South Africa may struggle to weather a “perfect storm” in the global economy going forward, if policy amendments and implementation are not sped up. According to Isaac Matshego, economist at Nedbank’s group economic unit, the global environment is less favourable than a year ago – characterised by infrastructure constraints, labour problems, constrained credit markets and an inconsistent policy environment.

He spoke at the annual Nedbank VinPro Information Day in Cape Town.

“The local economy has stagnated in the past three to four years. There are some fundamentals that are not in place in this environment, which create holes in South Africa’s ‘economic roof’,” said Matshego. “Policies are in place, however the slow pace of implementation creates uneasiness and hampers economic growth.

“The National Development Plan’s (NDP) needs to be sped up to boost production, job creation and eventually economic growth to ensure that we are ready when the next wave of global pressure comes along.”

On infrastructure, further small policy and regulatory changes could make a massive difference, unleashing capital and expertise and lifting the constraint quickly. Other challenges include a hike in the cost of production, a tough labour market, load shedding, a large trade deficit on weak exports and a vulnerable rand.

GDP growth is expected to decrease from 1.3% last year to 0.2% in 2016, and inflation might experience a sharp increase from 4.6% to 6.6% in 2016. Matshego however added that, although growth will be constrained in the short term by infrastructure and a weak global environment, it should improve slowly going forward.

As part of the South African wine industry’s 364th birthday celebrations next year, under the campaign SA WINE HARVEST... END_OF_DOCUMENT_TOKEN_TO_BE_REPLACED

The Consumer Goods and Services Ombud (CGSO) has recently conducted market research, after which several wineries have been identified... END_OF_DOCUMENT_TOKEN_TO_BE_REPLACED
Go Back