New Vinpro board member for the Klein Karoo 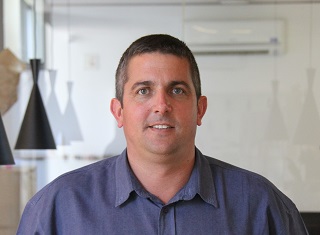 Jandré Human, Vinpro board member for the Klein Karoo region.

Jandré Human, manager and winemaker at South Cape Vineyards, is wine grape producers in the Klein Karoo’s new voice on the Vinpro board.

His election to Vinpro’s board of directors was confirmed during the wine industry body’s virtual Annual General Meeting on 11 November 2020. He succeeds Niël Joubert from the farm Warmwater near Montagu, who was re-elected on a rotational basis after seven years on the Vinpro board, but did not stand for re-election as director for the region.

Jandré has been in charge of South Cape Vineyards since 2013, and before that he was associated with Overhex – during which he served on SAWIS’ technical committee on behalf of the Worcester region – as well as Brandvlei and Windmeul cellars.

“Jandré is an asset to the Vinpro board, with a good perspective on the operational side of wine grape cultivation, production and marketing of the market-ready product. We look forward to working with him to help rebuild the South African wine industry,” says Vinpro chairman Anton Smuts.

During a farewell function for Niël Joubert, Anton thanked him for his valuable contribution to the Vinpro board and a wine industry over the past seven years. 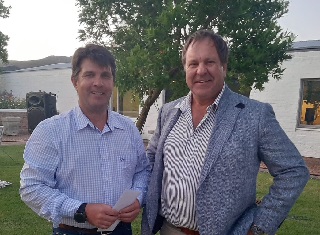 “Niel is known for conveying his strong and well thought-through opinions in a quiet but firm way, and is especially passionate about innovation in the wine industry. He serves the wider agricultural community with distinction and commitment, through his involvement with Agri SA, Agri Western Cape, as well as various policy committees and national and local forums,” says Anton. He will continue to represent Vinpro and the wine industry at Agri SA, and will continue to serve as chairman of Vinpro affiliate FarmMS’s board.

As part of the South African wine industry’s 364th birthday celebrations next year, under the campaign SA WINE HARVEST... END_OF_DOCUMENT_TOKEN_TO_BE_REPLACED

The Consumer Goods and Services Ombud (CGSO) has recently conducted market research, after which several wineries have been identified... END_OF_DOCUMENT_TOKEN_TO_BE_REPLACED
Go Back