South Africa’s wine industry has welcomed today’s signing in Kasane, Botswana, of the Economic Partnership Agreement (EPA) between the European Union (EU) and the Southern African Customs Union (SACU).  In terms of the deal, the country’s present annual duty-free quota of 48 million litres wine that can be exported to the EU, will rise to 110 million litres. 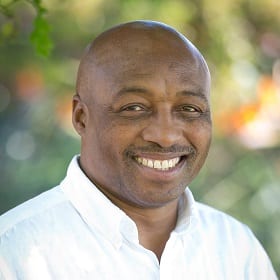 Although South Africa exports worldwide, the EU is by far the wine industry’s biggest export destination, accounting for 74,8 % of annual off-shore sales volumes, worth R5,01 billion.

Michael Mokhoro, the stakeholder relationship manager for the South Africa’s wine and brandy industries, said the EPA, which was finalised in July 2014, needed to be ratified before the end of September, in order to take effect from October this year.  He said each of the SACU countries – South Africa, Namibia, Lesotho, Swaziland and Botswana – would first have to individually ratify the agreement through their respective Parliamentary processes.  The EU Parliament would ratify the deal on behalf of its 28 member states.

Assuming that this went ahead as scheduled, the duty-free quota for the remainder of this year, would be allocated on a pro rata basis, he explained.

Sparkling wine did not form part of the duty free quota under the EPA agreement, as it already qualified as duty free under the Trade, Development and Cooperation Agreement (TDCA) treaty previously concluded between South Africa and the EU.

Mr Mokhoro said that in the interests of promoting South Africa’s wine reputation and the sustainability of its exports, initially 70% of the 110 million litre quota would be directed to packaged wines, which were those in bottles or other containers of 2 litres or less. Thereafter, it was likely that the packaged quotient of the allocation would be further increased.

Mokhoro stressed that the EPA offered a much-needed boost for the industry that had been besieged by drought and a tough global climate. We hope to see winemakers capitalise on this opportunity to build Brand South Africa, as well as the reputation of their own brands.  The deal offers an additional springboard for growing our credentials for excellence of quality and originality.”

As part of the South African wine industry’s 364th birthday celebrations next year, under the campaign SA WINE HARVEST... END_OF_DOCUMENT_TOKEN_TO_BE_REPLACED

The Consumer Goods and Services Ombud (CGSO) has recently conducted market research, after which several wineries have been identified... END_OF_DOCUMENT_TOKEN_TO_BE_REPLACED
Go Back