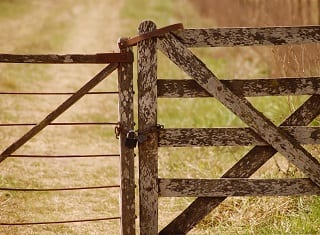 The wine industry body Vinpro does not agree with certain principles included in the report by the Presidential Advisory Panel on Land Reform; however it supports the process through which the wine industry and other stakeholders can provide further input over the next eight months.

The report was issued by the panel on 28 July 2019 and addresses aspects such as land tenure in communal areas, tenure security on farms, expropriation, agrarian reform, land demand and beneficiary selection.

“Vinpro and our industry partner Salba (SA Liquor Brand Owners Association) are in favour of land reform, as long as it contributes to the sustainability of all parties in the agricultural sector,” says Vinpro MD Rico Basson. “Expropriation without compensation is contradictory to this. We also do not believe that the amendment of Section 25, or the property clause of the Constitution, is essential to speed up land reform.”

Furthermore, an ad hoc committee consisting of ten voting members and 14 non-voting members have been re-established to report to the National Assembly on the amendment of Section 25 by 31 March 2020 following further consultation.

“Vinpro and Salba have participated in consultation processes regarding land reform from the onset, and will continue to emphasise our position on behalf of the wine industry in the next eight months,” says Basson.

As a member of organised agriculture Vinpro works closely with organisations such as Agbiz, Agri SA and Agri Western Cape regarding the issue of land reform.

The wine industry remains committed to transformation and will continue to assist new entrants by developing workable partnership models, facilitating blended financing models for these businesses, helping establish market access and ensuring that the necessary systems are implemented to provide technical, financial and other support to land beneficiaries,” says Basson.

As part of the South African wine industry’s 364th birthday celebrations next year, under the campaign SA WINE HARVEST... END_OF_DOCUMENT_TOKEN_TO_BE_REPLACED

The Consumer Goods and Services Ombud (CGSO) has recently conducted market research, after which several wineries have been identified... END_OF_DOCUMENT_TOKEN_TO_BE_REPLACED
Go Back