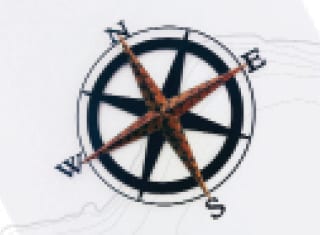 In an attempt to define the elusive concept of terroir, Wine Folly’s Madeline Blasberg narrows it down to connecting five dots.

“What makes a great wine great?” ask Madeline Puckette and Carlo Mondavi in their article, The Science behind Great Wine, published on the Wine Folly website. For grape growers, this is an important question if you want to make the most of the area you’re in. The secret is to grow the right grapes in the right area, in what author Greg Jones calls the “Goldilocks zone” for winegrowing. You also have to keep terroir in mind. This mystical concept is hard to pin down and quantify, but is broadly described as the complex influences that result in a wine’s unique traits.

Instead of a linear continuum, terroir is a matrix of characteristics that include the soil, climate, relief, aspect and surrounding flora and fauna, which means that every block’s terroir is unique. In another Wine Folly article, Blasberg narrows it down to connecting five dots: temperature, climate, elevation, soil type and geopolitics (the laws of the land and standardisations, which are not relevant to this article).

“Owing to their integrated nature, the different components of terroir can’t be completely isolated,” Dr Albert Strever of Stellenbosch University says. “That would be too simplistic.”

Dr Victoria Carey classified natural terroir units (NTUs) in her doctoral dissertation in an attempt to delimitate denominations of origin. An NTU is defined as a unit of land characterised by relatively homogenous topography, climate, geological substrate and soil. In her study, a total of 1 389 NTUs were identified in the 84 000 ha Stellenbosch Wine of Origin district alone. It’s therefore prudent to remember you can’t make blanket statements about grape suitability for certain areas as every site in a macroclimate differs on a microclimate level. Precision planning requires much deeper analyses.

Climate is about more than temperature. It takes into account weather patterns and atmospheric conditions such as rainfall timing and amount, seasonality, hail and sunlight. There are many ways to classify areas, from warm versus cool climates, macro-, meso- or microclimate or by general climate groups.

Macroclimate refers to average temperature (sun irradiance) of a particular region during the growing season. Mesoclimate looks at climatic differences in a region, influenced by anything from distance to a river to its directional slope. It’s often referred to as the “vineyard climate”, or the climate of and around a particular vineyard as determined by its site. At its deepest level, microclimate looks at the individual vine and the influences on it. This is where vineyard mapping is employed to plant the right vines in the right spot and give them the best treatment.

“The best vintages usually result from stable climates that allow for slow, steady ripening without heavy rainfall or extreme temperature.” Blasberg references Malbec to illustrate how the same varietal assumes various characters, depending on the climate. “In Argentina, it produces fruit-forward, robust red wines, while in Cahors, France, its expression is inky-dark, tart and full of blackberry,” she says.

A high altitude has two distinct benefits for grapes: cooler night-time temperatures and a longer growing season. A greater diurnal temperature (the difference between daytime and night-time temperatures) helps grapes to conserve their acidity, which can help with ageing potential. “Mountain- and hillside vineyards also tend to receive more direct and concentrated sunlight, which leads to greater colour concentration and stronger tannins,” Blasberg says. But there are also factors such as wind run and insolation (incident sunlight radiation) that come into play.

Soil determines the water uptake and drainage, and availability of nutrients for the vine. Grapevines generally produce fewer but better grapes when they must fight for nutrients. “Sandy soil vineyards tend to produce more elegant wines than clay-based soils which tend to produce bolder, more structured wines,” Blasberg says Another dimension when it comes to soil, is the diversity of microbial terroir and its effect on the vine.

“What’s interesting about the soil types [clay, sand, silt and loam] is that if you look at all the finest, most structured, age-worthy red wines, they almost all grow on clay-dominant soils,” Blasberg says, referencing Rioja, Pomerol, Napa Valley, Paso Robles, Tuscany, Coonawarra and Burgundy. “Beyond this, the most highly appreciated aromatic wines such as German Riesling and Beaujolais grow in sandy or rocky soils.”

The influence of geology on wine was documented in a 2000 WineLand report by John Woolridge. “Geology has an indirect effect on physical soil characteristics such as drainage, compaction, water-holding capacity and, probably, temperature, organic content and aeration, all of which affect vine performance. Geology is also likely to affect vine growth and wine characteristics through its effects on the form (morphology) of the landscape. Soft, easily erodible rocks tend to erode into valleys while harder rocks are preserved as topographic highs. This situation is clearly apparent in the Boland where the Malmesbury shale has eroded away, while the more resistant granites remain as rounded hills around which catena sequences of soils have developed in accordance with slope position, texture and slope direction (aspect).”

In 2003, he wrote: “Soil is thought to affect vine growth patterns and wine characteristics mainly through its physical and water-regulating properties (Saayman, 1992). However, clay fraction mineralogy, which reflects soil parent material, has marked effects on potassium buffering (Wooldridge, 1990) which may in turn affect juice pH (Iland, 1988).”

Flora includes all the living plants and fungi in an area. Evidence of their presence in wine is visible from the occurrence of natural yeasts to the infusing of eucalyptus flavours in wine if there’s a eucalyptus tree adjacent to the vineyards.

Knowledge of the geographical factors that influence grapes is the backbone of precision planning. While viticulture can be risky, knowledge and technological advances make it possible for modern producers to take the guesswork and mystery out of grape growing.

Grapes ripen at various speeds, ranging from early-ripening varietals such as Pinot Noir and Chardonnay to Zinfandel that needs more heat to ripen. Generally, early ripeners do better in cooler areas, although you must remember that in the warmer areas there are cool pockets, possibly situated on a south-facing slope or at a higher elevation. “In general, warmer climates allow grapes to fully ripen and mature, developing deep pigments, bold fruit flavours, greater sweetness and higher alcohol content,” Madeline Blasberg says. “On the flip side, cooler climates show a softer side, accentuating wines’ minerality, maintaining juicy acidity and ensuring a delicate dance of flavours across the palate.”

As part of the South African wine industry’s 364th birthday celebrations next year, under the campaign SA WINE HARVEST... END_OF_DOCUMENT_TOKEN_TO_BE_REPLACED

The Consumer Goods and Services Ombud (CGSO) has recently conducted market research, after which several wineries have been identified... END_OF_DOCUMENT_TOKEN_TO_BE_REPLACED
Go Back