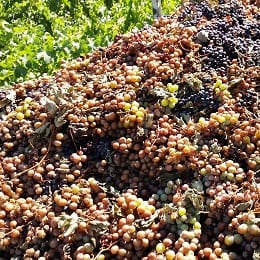 Wine grapes that were harvested from vineyards damaged in veld fires this week in the Breedekloof region, are being used for distilling purposes.

Representatives from VinPro, Hortgro, Agri Wes-Cape and the Department of Agriculture met with the Standing Committee on Economic Opportunities, Tourism and Agriculture yesterday to discuss the effect of the drought and recent fires on the fruit and wine industries.

“For every 1% that the wine grape harvest is smaller, the industry loses at least R35 million, which is certainly felt at producer level,” said Rico Basson, managing director of VinPro. 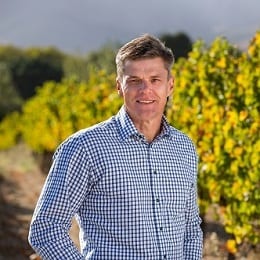 The harvest is expected to be significantly smaller than the past few years, due to a dry winter and abnormal heat since October last year. The dam levels are currently at 42% compared to 70% last year and the persistent temperatures above 35°C that were experienced especially in January hamper production in the vine.

Close to 82 ha vineyard has also been damaged in recent fires in the Simonsberg area near Stellenbosch, which according to early estimates may cost the industry close to R20 million.

Wine grape producers and fruit growers in the Breedekloof region were also adversely affected by veld fires earlier this week. The damage is still being assessed, while many grapes that have not been totally destroyed will be used for distilling purposes.

“All of this is preliminary information. A final indication of the quality and production trends will be available at the end of April when the official SA Wine Harvest Report will be issued. VinPro’s viticulturists are also working with producers to examine the vineyard blocks to determine the extent of the fire damage, as well as which vines would only be treated or should be replaced,” said Basson.

If a vineyard has been damaged to such an extent that it needs to be replaced, it could cost a wine grape producer close to R240 000 per hectare, based on average industry figures. This includes a loss of income, additional labour to remove damaged vines and the re-establishment of vineyards. However, this figure can vary between vineyards, especially the grapes from a specific vineyard that was damaged, were destined for acclaimed, premium wines.

Basson emphasised that the area that was affected by the fires only represent a fraction of the total South African wine industry.

“Although there is some concern regarding smoke taint in the wine grapes and resulting wines, current research and winemaking techniques enable winemakers to reduce and even remove the effect of smoke taint in wines,” said Basson. The Institute for Grape and Wine Sciences (IGWS) is currently conducting research on the matter.

“It is crucial that the winter is cold and wet enough this year for vines to build up reserves and for dams to fill up.” Basson emphasised the importance to expand dam capacity, inter alia through transformation initiatives such as the Brandvlei and Clanwilliam dam schemes – outcomes of the wine industry’s new strategic plan (Wise).

More affordable insurance and possible guarantees by the government can cushion the blow of similar natural phenomena on the industry’s profitability going forward.

“The industry calls on greater collaboration between all interested parties – including the private sector and government at regional, provincial and national level – to address the financial effect of the drought on the producer, workers and communities in a structured manner.”

The South African wine industry employs close to 300 000 people and contributes 2% to the annual GDP.

As part of the South African wine industry’s 364th birthday celebrations next year, under the campaign SA WINE HARVEST... END_OF_DOCUMENT_TOKEN_TO_BE_REPLACED

The Consumer Goods and Services Ombud (CGSO) has recently conducted market research, after which several wineries have been identified... END_OF_DOCUMENT_TOKEN_TO_BE_REPLACED
Go Back