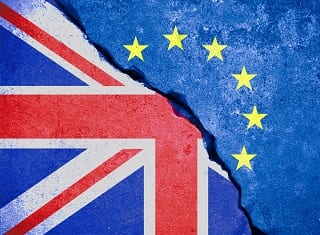 While uncertainty looms around Britain’s possible exit (BREXIT)  from the European Union (EU), Vinpro and Salba’s Winebiz stakeholder manager Michael Mokhoro provides an update on the effect it might have on South African wine exports to the EU and UK respectively as our largest export destinations.

South Africa and its trade partners in the Southern African Customs Union (SACU) and Mozambique have been actively working towards maintaining the benefits these countries currently enjoy in exports to the UK as part of the Economic Partnership Agreement (EPA) with the EU.

The UK is South Africa’s largest export destination, with total exports at 93 million litres for the year ending 30 June 2019 – packaged wine making up 36% and bulk wine 64%.

The Southern African Development Community (SADC), which includes South Africa, currently has an Economic Partnership Agreement (EPA) with the EU, which promotes market access through duty-free imports of certain products to EU countries, including wine.

The EPA applies to the UK for as long as it is part of the EU. However, following BREXIT, the EPA will no longer apply to South African exports to the UK.

Discussions surrounding post-BREXIT trade started in 2018, with SACU-Mozambique proposing that the UK roll over the terms of the current EPA into a standalone agreement to ensure that trade is uninterrupted as the UK transitions out of the EU.

The UK rejected SACU-Mozambique’s proposal, but agreed on a tariff-free quota for imports of South African wine into the UK of 79 million litres, of which 30% is bulk and 70% packaged wine.

Since April, the UK has accepted SACU-Mozambique’s proposal regarding sanitary and phytosanitary measures. This proposal follows the EU model, which means that the exporter would present a health certificate which would be valid for 12 months, with an extension of six months. Listings of abattoirs and plants would also be accepted for 6 months, with a further extension of 6 months.

The principle of cumulation remains unresolved and the UK undertook to provide feedback on this at the next meeting. Cumulation would not apply to wine, except in cases where a wine that has been exported to the EU in bulk, blended and/or bottled and exported to the UK, has undergone a drastic or substantive change. However, although unlikely at this stage, should SACU-Mozambique agree to the UK’s insistence on a permanent commitment regarding cumulation, this could have a severe impact on industrialisation and job creation in the African countries.

Another issue that was raised by the UK is safeguarding. This means if a product is seen as being dumped on them, they can raise the clause of safeguarding, which could lead to a restriction in exports of these products to the UK. This development followed after the UK learned that SACU-Mozambique and EU are busy with negotiations regarding safeguarding.

Negotiations on cumulation and safeguarding continue between the SACU-Mozambique and the UK.

In the meantime, South Africa will continue to receive all preferential trade under the EPA in exports to countries within the EU regardless of BREXIT. However, a 0% trade tariff will apply to South African exports to the UK in the following 12 months.

The UK published a list of import tariffs in March 2019, which includes trade tariffs for what it calls “Most Favoured Nations” (MFN’s), namely all World Trade Organisation (WTO) members who did not have a preferential arrangement such as a free trade agreement in place before BREXIT. South Africa is listed as an MFN, hence enjoying a 0% trade tariff quota-free.

However, although South Africa retains its duty-free benefit, it might lose its competitive advantage as other EU countries listed as MFN’s would also enjoy the 0% tariff duty and countries such as Chile, Australia and Switzerland managed to have the terms of their respective EPA’s with the UK roll over into standalone agreements.

The levelling of the playing field will require good negotiation and business partnerships with importers to retain South Africa’s market share in the UK.

As part of the South African wine industry’s 364th birthday celebrations next year, under the campaign SA WINE HARVEST... END_OF_DOCUMENT_TOKEN_TO_BE_REPLACED

The Consumer Goods and Services Ombud (CGSO) has recently conducted market research, after which several wineries have been identified... END_OF_DOCUMENT_TOKEN_TO_BE_REPLACED
Go Back