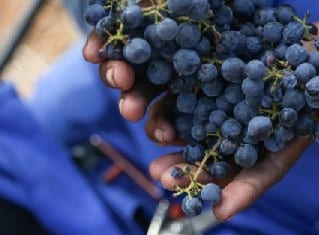 A documentary titled “Bitter grapes – Slavery in the vineyards” by the Danish investigative journalist, Tom Heinemann, was aired on Swedish television last night. This documentary puts several South African wineries, as well as the wine industry at large, in a very bad light in terms of farm worker conditions.

VinPro fully acknowledges the challenges the wine industry faces in terms of social upliftment, farmworker upskilling and development, as well as transformation and land reform. Significant strides have been made in terms of improving the plight of farm workers, with substantial investment and effort from both collaborative industry groupings, government and particularly, individual wineries and grape producers.

The urgency of sustainable social upliftment is fully recognised, but the course to this sustainable goal is a process, which requires time and continued support, commitment and investment.

VinPro would like to express its concern in terms of the one-sided and biased approach that Heinemann employed, as well as the potential detrimental effect that the documentary could have on the South African wine industry at large. The legitimacy of several aspects of the documentary have also already been questioned, both locally and in Scandinavia.

Economic sustainability also remains a key concern. Currently the return on investment in the wine industry averages at a meagre 2%. Yet, a macro-economic study conducted by SA Wine Industry Information & Systems (Sawis) shows that the wine industry creates 4.64 jobs for every R1 million rand invested, compared to the 2.94 jobs created by the national economy for the equivalent investment.

“Sustainable solutions require looking at the entire value chain. The reality is that grape producers are under pressure. Sensational reporting and opportunism does not bode well for any of the parties involved and VinPro condemns efforts that are likely to eventually have negative, far-reaching implications,” remarks VinPro managing director, Rico Basson.

VinPro, in collaboration with industry bodies, labour and government, remains committed to sustainable development and will continue to engage with involved stakeholders, including the ethical trade organisation, Wieta and the Swedish liquor authority, Systembolaget.

As part of the South African wine industry’s 364th birthday celebrations next year, under the campaign SA WINE HARVEST... END_OF_DOCUMENT_TOKEN_TO_BE_REPLACED

The Consumer Goods and Services Ombud (CGSO) has recently conducted market research, after which several wineries have been identified... END_OF_DOCUMENT_TOKEN_TO_BE_REPLACED
Go Back