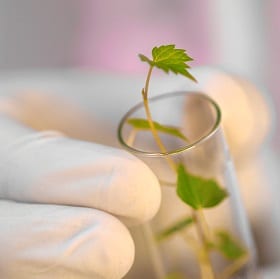 Wine industry bodies are calling on producers to make sure that they only buy certified wine grape plant material from registered vine growers.

This follows an alert from the South African Vine Growers Association (SAVGA) that there has been an increase in the number of vines being grafted by contractors, which producers then plant in their own nurseries for establishment at a later stage.

“Although there is no legislature to counter this practice and producers save money in the process, the plant material used has not been checked or certified, which increases the risk of pests and diseases to spread and throughout the industry,” said Nico van Rensburg, secretary of SAVGA.

According to Nico Spreeth, CEO of the plant improvement body Vititec, all producers or vine growers who plan to sell or trade in vine plant material is obligated by law to register with the Department of Agriculture, Forestry and Fisheries (DAFF), which includes the checking the authenticity of the specific cultivar, its virus status and for dangerous phytoplasmic diseases such as aster yellows.  All rootstock and some scion varieties do not show symptoms, but are carriers of viral diseases.

If alerted to it, the Department can act against producers who sell unregistered vines, which would include penalties. Although the propagation of uncertified, unregistered vines in itself is not illegal, Van Rensburg still suggested that all uncertified material be registered and monitored by DAFF.

SAVGA, Vititec and the representative organisation for South African wine producers VinPro condemned the use of uncertified material by unregistered vine growers. “We strongly urge all vine growers and producers to be aware of and curb this practice in the interest of the long-term sustainability of the wine industry,” said Van Rensburg.

Spreeth called on producers to contact Vititec of the Vine Improvement Association (VIA) if they are uncertain about whether a vine grower is registered. “Remember, clean plant material is a 20 year investment!”

As part of the South African wine industry’s 364th birthday celebrations next year, under the campaign SA WINE HARVEST... END_OF_DOCUMENT_TOKEN_TO_BE_REPLACED

The Consumer Goods and Services Ombud (CGSO) has recently conducted market research, after which several wineries have been identified... END_OF_DOCUMENT_TOKEN_TO_BE_REPLACED
Go Back