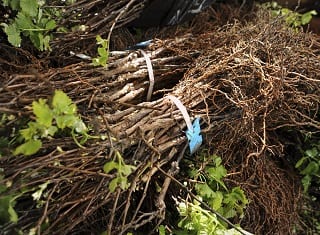 Wine grape producers are being warned against purchasing and planting second-grade grapevines that could have an adverse effect on their businesses.

“It has come under the attention of the Vine Improvement Association (VIA) that nurseries have been selling poor quality plant material to producers, of which the graft union could loosen even within the first year, leading to great financial loss to producers,” says Nico Spreeth, chairman of the VIA.

Around 9 million, or 96% of the total grapevines in the industry, were certified by the VIA this year, which comply with the phytosanitary and physical requirements of the Plant Improvement Act, as well as certain quality standards. “Participation in the VIA’s Plant Certification Scheme is voluntary, but the fact that so many nurseries do participate emphasises their commitment towards protecting their producers and strengthening the industry by making only the best material available,” Nico says.

The additional 4% of grapevines available to the industry is not certified, but the relevant nursery should be registered with the Department of Agriculture, Forestry and Fisheries (DAFF) and the vines should adhere to the minimum physical requirements of the Plant Improvement Act. According to Nico the Department does not have the capacity to do frequent inspections, which means that second-grade vines are sometimes sold under the radar, especially when there is a shortage of certain cultivars.

Controlled vines meet the minimum physical requirements with regard to the roots, the thickness of the grafted vine, length of the top growth and firmness of the graft union between the rootstock and scion. “The second-grade vines do not adhere to these requirements and often have no distinct description or origin. The producer therefore has no guarantee that such a vine would grow or even yield the expected grapes. They would also not be able to make a case against the nursery at the VIA of DAFF if this is the case,” Nico says.

He warns against the purchasing of any grapevines that aren’t certified by the VIA and encourages producers to report nurseries that are guilty of this at the DAFF Inspection Services.

The tourism sector has undeniably been one of the hardest hit globally and locally by the COVID-19 pandemic. The... END_OF_DOCUMENT_TOKEN_TO_BE_REPLACED