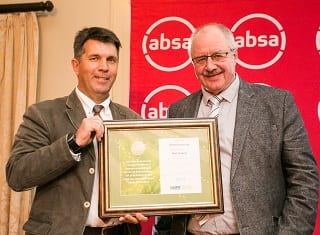 He served on various Agri Western Cape structures from 2003 to 2015, the last four years of which he served as vice president of the provincial agricultural organisation. Niël has also been involved with Agri SA at national level, and has served on the management team of the commodity chamber, remuneration committee and board for the past two years.

As the representative organisation for more than 2 500 South African wine grape producers, cellars and wine-related businesses, Vinpro continuously liaises with agricultural organisations on issues of common interest through its membership of Agri Western Cape, Agri SA and Agbiz.

As part of the South African wine industry’s 364th birthday celebrations next year, under the campaign SA WINE HARVEST... END_OF_DOCUMENT_TOKEN_TO_BE_REPLACED

The Consumer Goods and Services Ombud (CGSO) has recently conducted market research, after which several wineries have been identified... END_OF_DOCUMENT_TOKEN_TO_BE_REPLACED
Go Back