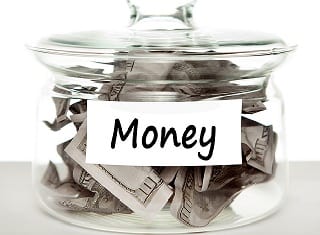 A smaller 2016 wine grape harvest and sharp cost hikes added to the financial pressures that wine grape producers have been experiencing for quite some time now.

According to the 2016 VinPro Production Plan Survey, the average South African wine grape producer received a nett income of R6 702/ha – 10% lower than in 2015. The annual survey consists of a cost analysis at farm level, with voluntary participation from 235 primary producers from nine wine regions in 2016.

“The 2016 production year will be remembered by many producers as a year of challenges and exceptions,” says Andries van Zyl, VinPro’s senior agricultural economist.

While the drought affected many regions, some received record harvests. The exchange rate was not as favourable throughout the year, with the Rand being at 40% weaker in January compared to the same time in 2015. The lower income and sharp cost increases that these two trends brought about, increased pressure on wine grape producers.

It remains a balancing act for producers to absorb cost hikes with a stagnating or declining income,” says Andries.

In the past nine years, the cost of producing wine grapes has increased between 6% and 10% annually. Production cost increased by 7% in 2016 to R44 390/ha, which includes cash expenditure and provision for renewal.

Although all costs have increased, labour stands out as the component that has increased faster than the other cost items. Labour cost represents 42% of the total cash expenditure and increased by 7% in 2016.

The average wine producer’s profit margin has been under pressure for the past ten years. Record harvests from 2012 to 2014 gave total income a boost; however income weakened in 2015 and 2016 due to smaller harvests and grape prices not keeping up with inflation.

Only 13% of the participating wine grape producers realise a net farming income above this guideline, while 47% break even or receive a lower net farming income, and 40% farm at a loss. As a result some producers can’t keep up capital maintenance such as replacing older vines or equipment. “Evidence of this can be seen in an increase in the number of vines older than 16 years, which will have a negative effect on production in the long run,” says Andries.

Although it remains a challenge to balance the books, VinPro urges producers to monitor and manage costs closely with regard to the wine goal and input costs per block. The VinPro Production Plan study groups provide the opportunity for producers to exchange ideas and find solutions together.

The full Production Plan Survey results will be in the April and May issue of WineLand.

As part of the South African wine industry’s 364th birthday celebrations next year, under the campaign SA WINE HARVEST... END_OF_DOCUMENT_TOKEN_TO_BE_REPLACED

The Consumer Goods and Services Ombud (CGSO) has recently conducted market research, after which several wineries have been identified... END_OF_DOCUMENT_TOKEN_TO_BE_REPLACED
Go Back